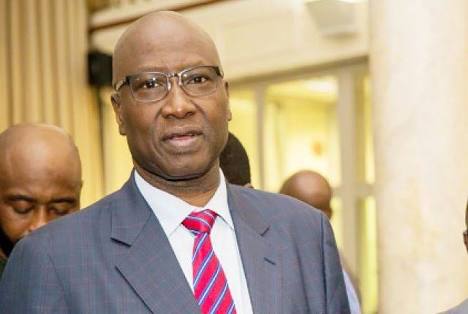 The Secretary to Government of the Federation (SGF), Boss Mustapha, on
Thursday alerted Nigerians that Federal Government may not fully
implement the 2018 budget if the National Assembly fails to pass the
fiscal estimate on time.

Mustapha also said the preparation for the 2019 general elections,
expected to commence at the end of February, would also pose a challenge
to the budget implementation.

He noted that
serious government business would likely end by November when political
parties would commence campaigns and conduct primaries.

The SGF appealed to the National Assembly to pass the budget as soon as possible to avoid possible poor implementation.

Mustapha spoke when he appeared before the Senate Committee on Federal Character to defend the 2018 budget of his office.

He
said: “I will make an appeal that the 2018 budget must be passed on
time. We do not have time. If you consider the time left for us as
politicians and in line with the timetable released by INEC, you will
realise that we have till November 2018 to do what we have to do.

“By
then, politicians will be engaged in political activities. There will
be no time. I am appealing that we pass this budget on time. This is the
last budget we will have to deliver on the dividends of democracy. For
those of you coming back, promises will not work. What will work will be
the scorecard.

“I am begging that it should be passed as quickly
as possible. I am also appealing to the executive arm to appear for
budget defence. Intense political activities will begin this February
and as public officials, we have to quickly deliver.”