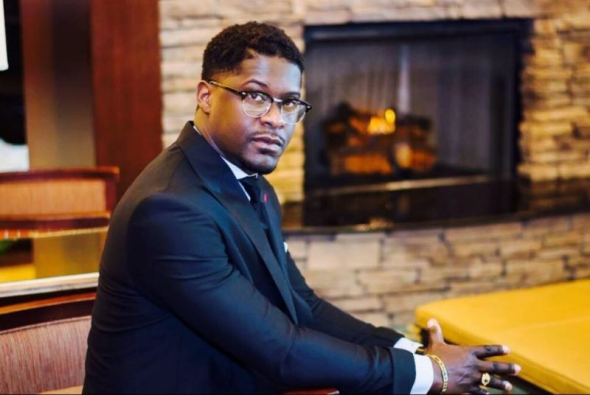 Shawn Jones Died While Singing ‘Worthy Is He’
Tragedy has struck the gospel singing community after 32-year-old singer Shawn Jones and founding pastor of New Thing Empowerment Church, died suddenly whilst performing ‘Worthy Is He.’
Jones was singing with his band of believers shortly after 8 p.m. at The Event Center in Pensacola, Florida. Just as the group ended the song, Shawn collapsed. Medics were unable to revive him, and he tragically died.
“They were doing a fantastic job. It was a nice show,” Kenneth Woodson, manager of The Event Center, told The Christian Post. “This fellow was blowing. It had a little jazzy feel to it and this was my first time hearing him but I was very impressed. I said ‘wow this is gonna be nice. I can’t wait to hear some more music from this guy and his band.’ They were tight,” Woodson said.
It was during the performance that Jones began to feel unwell. “I guess the young man got hot. He took some water and he drank some more water (for a second time), sat down and was speaking and he passed out,” Woodson added. “Everyone went into shock. I think everybody did what they felt was right in trying to revive him until the EMT got here. It was a shock because he is a young man.”
Woodson explained how those in attendance were in total disbelief, and continued to pray that he would be revived.
“They contained themselves well and they were praying for him in their own little spirit. They took him to the back and were trying to revive him but then of course the sorrow was in the building,” the manager explained. “There were several medical people in the building and they tried to revive him. They tried to do what they could for him before the EMT got there.”
“He was truly a man of God. He had a heart attack after performing in Florida Saturday night. Rest well my friend and brother. We will always love you @theshawnjones85,” the group said on Instagram.
Tags: INews
Previous Post

A Group Of Lions Save Christians From Execution By Islamic Militants