A Group Of Lions Save Christians From Execution By Islamic Militants

Completely unexpectedly, a lion ran from the forest, leapt toward the militants, and seized one by the neck. 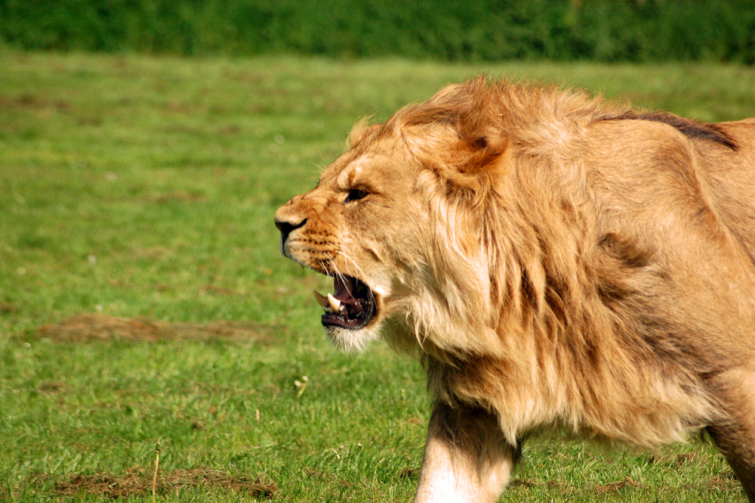 Pastor Paul Ciniraj, director of Bibles for Mideast, tells the story of how he and other Christians were rescued from the clutches of death by a group of three lions.
Ciniraj and his group were under attack from Islamic militants when the giant cats attacked and scared the murderous group away.
“My risen Lord Jesus Christ has saved my life once again,” Pastor Paul wrote, “and I praise and thank God for His unspeakable grace!” It was Easter Sunday when the miracle took place. The pastor was recovering in the home of some friends following a stoning attack by Islamists earlier that day. “Suddenly, a group of militants reached the house, armed with steel bars and other weapons,” he reported to WND.

Pastor Ciniraj thought this was the end of the road for him, and feared for the life of the 80-year-old resident, and several children who were taking refuge in the house alongside him. “Losing all hope, we thought for sure this was our last day,” he said. They only had just one more thing to do: pray. Then, something truly Biblical took place!

“Completely unexpectedly, a lion ran from the forest, leapt toward the militants, and seized one by the neck. When other combatants tried to attack the lion, two other lions bounded toward them. The terrified militants fled the site, and the lions left us completely alone,” he said.
“Equally astonishing, records show no lions are supposed to live in that forest,” he said.
It is a remarkable story of God’s intervening hand to save his people.
Ciniraj reported that he had been approaching the closing of a 21-day period of fasting and prayer. “As that drew to a close, more than 3,000 former Muslims were baptized in many of our churches in Asia, Africa and the Middle East,” he said.
“The Lord enabled me to baptize many people during this time.”
What an incredible story of God’s power! Praise Him today for His protection! Share this to encourage others.
Tags: INews
Previous Post