4 Things Africa Has Given To The World 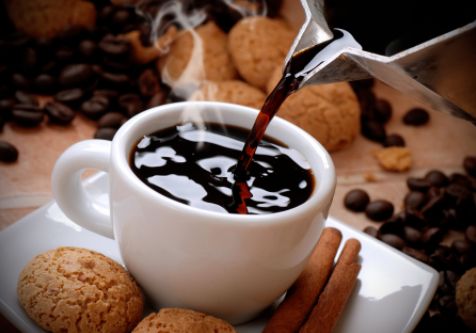 Aside the common identifiable picture of an idyllic and romanticized
Africa that basically consists of sunsets, wildlife, safari, etc., there
is a lot more to the vast continent of Africa than many realise.

Coffee Coffee, a popular stimulant, is a brewed drink from
roasted coffee beans (which are the seeds of the berries from the coffee
plant) that originates from Ethiopia, where it is largely sourced. The
discovery of coffee in Ethiopia possibly dates back to the 10th century,
and the plant is generally known to have been exported from Africa to
Arabia and then to other countries around the world. Coffee plants are
now cultivated in over 70 countries, primarily in the equatorial regions
of the Americas, Southeast Asia, India and Africa.

Art
Unfortunately, Africa’s role in inspiring the work of celebrated
European artists like Picasso, Matisse or Kirchner has largely gone
unnoticed over the years. Additionally, in the early 1900s, the
aesthetics of traditional African sculpture was described by the Met
Museum in New York as a ‘powerful influence among European artists who
formed an avant-garde in the development of modern art’.

Mobile Phones Africa, more specifically the Democratic Republic
of Congo, is responsible for the bulk of the world’s supply of mineral
cobalt, which is used to make the rechargeable batteries used in mobile
phones. According to the Extractive Industries Transparency Initiative,
not only does the DRC hold almost half of the world’s cobalt reserves,
it is also among the world’s largest producers of cobalt, copper,
diamonds, tantalum and tin.

Transplants After performing the first heart transplant surgery
in 1967, South African surgeons accomplished another first in the area
of transplant surgeries, by carrying out the world’s first transplant of
the male organ in December 2014. It was a nine-hour operation done on a
21-year old recipient that allowed him to become sexually active. The
recipient of course wasted no time in proving the efficacy of the
procedure and in 2015, the head surgeon, Andre van der Merwe, announced
that the recipient’s partner was pregnant.

What To Do When Your Faith Is Tested

Pre-wedding Photos of A Young Soldier and His Sweetheart