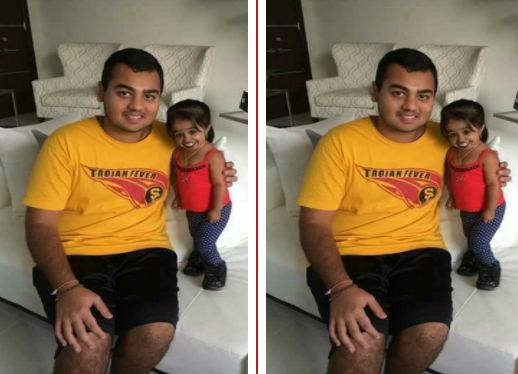 This photo left
me wondering… World’s smallest and shortest woman according to Guinness World
Book of Records, Jyoti Amge, is finally married to the man she is willing to
spend the rest of her life with in the holy matrimony.

24-year-old Jyoti Amge was born 16 December 1993 and she is an
Indian woman notable for being the world’s smallest living woman.

Following Amge’s 18th birthday on December 21,
2011, she was officially declared world’s smallest woman by Guinness World
Records with a height of 62.8 centimeters (2 ft 0.6 in). 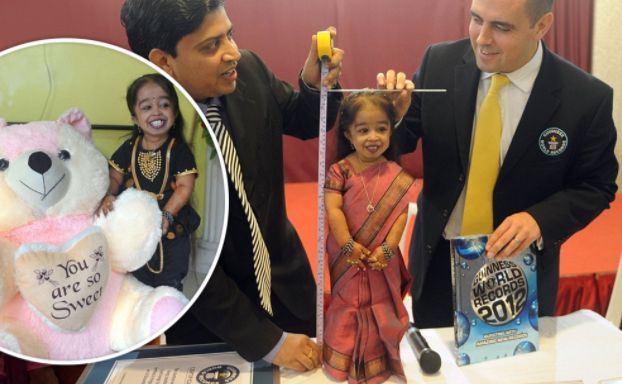 Her restricted height is due to a growth
abnormality called achondroplasia. *Sigh*