by Tony Orji
in INews, Inspiration, Lifestyle, News
Reading Time: 5 mins read
A A
0
Share on FacebookShare on TwitterShare on Whatsapp 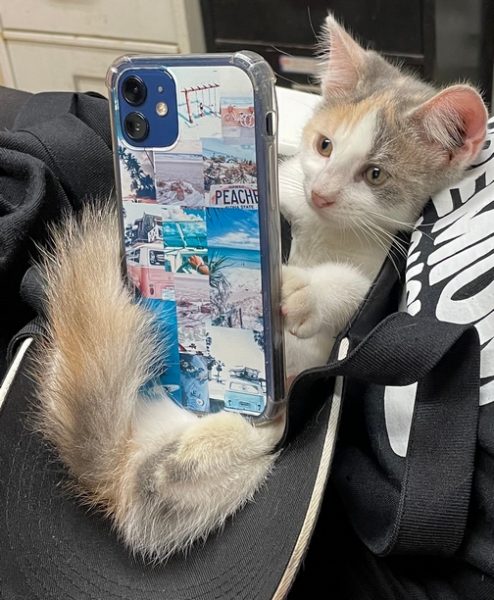 “For consider your calling, brothers: not many of you were wise according to worldly standards, not many were powerful, not many were of noble birth” (1 Corinthians 1:26). “To the praise of the glory of His grace, by which He made us accepted in the Beloved” (Ephesians 1:6).

Saturday evening we went over to join some friends for dinner, passing through miles of the Lancaster County countryside. We drove by many farms in the midst of their corn harvest with farm dump trucks hurriedly driving back and forth from the fields to the large pit or silos to dump their loads where the silage is preserved for the winter months.   We enjoy the sights of the country, even the homemade signs that say “Free Kittens”.

In fact that’s what enticed us last year to stop at a farm and pick out little Gracie from three different litters. After 17 year old Dottie died we thought we would remain cat free and did so for over two years, but after we saw “Free Kittens” in a “weak” moment I turned the van around and we stopped at the farm just to have a look. Brooksyne said before she jumped out of the van, “We can just look, we don’t have to get one.” Yeah, right! Most of these free kittens are an overabundance of barn cats defined as “a domestic cat, usually of mixed breed, that lives primarily outdoors on agricultural properties”. It’s also common for people drop off a litter of kittens thinking the farmer could use a few around the barn.

But Saturday we passed a farm in Manor Township with an unusual sign that read, “Pure Bred Barn Kittens” which sure caused a chuckle between us. In our opinion it’s a creative sales (or give away) pitch enticing some rather unwary passersby that they would really be getting something extra special since the barn cat kittens are “purebred”.
But that got us thinking about our own lives especially with so much attention now being given to royalty at the passing of Elizabeth II, the queen of England, and royal succession by her son King Charles III. To use the phrase in our daily text, not many of us are of noble birth.
How many of you are of noble birth?
When we lived in New England about twenty-five years ago we walked by a fenced yard, day after day, on the way to Ester’s school and passed a litter of disheveled pups kept in a squalid grass deprived back yard. One of the pups always ran up to the fence and gave us the puppy look that steals even the hearts of even non-dog lovers. After several weeks we could no longer resist and she became Ester’s first dog. Up to that point Ester was very much afraid of dogs and screamed if they came near her. Problem solved with little Penny!

I called her a mutt, a term meaning mixed breed usually from a non-intentional breeding situation. We named her Penny. People often asked what kind of puppy she was and we’d respond, “She’s just a mutt” since we really didn’t know.

One afternoon I took a walk with Ester who was leading Penny on a leash. She was about eight at the time when she suddenly stopped, looked up at me and asked inquisitively: “Daddy, am I a mutt?”

This got me to thinking and please read my thought all the way through! You know, in a sense she is a mutt. She was born in Guatemala and immediately taken to an orphanage. Her birth mother was unable to care for her and there is no history of her birth father. She came to us at three months of age dying of congenital heart disease and spent the next three months in a major medical center all the while isolated from other patients because of scabies that spread from her head to her toes and salmonella was present in her blood. Many heart surgeries were performed over the next three years. And now years later she has the grand total of four pacemakers inserted and actually more overcomings than could be listed in this writing.

A mutt is defined as a dog that is a mix of usually undetermined breeds. Interestingly, in the human world, it can also mean an “insignificant person”. Well, that’s as other humans may tend to evaluate but with God there is no insignificant person. But “mutt” can also be used to describe a person who may not know his background or has a rather ordinary one, certainly not noble, elite or as they use in Boston, “blue blood”.

Paul asked the Corinthians to “Consider your calling, brothers: not many of you were wise according to worldly standards, not many were powerful, not many were of noble birth.” Does that describe you? It sure does describe Brooksyne and me.

Let me be somewhat blunt and ask you, “Are you a mutt?” Don’t be insulted! Think of where you’ve come from, spiritually speaking, and your acceptance into God’s family. Sure, many of you come from “good” families and that is such a blessing. But undoubtedly many others, like Ester, came into this world under very difficult circumstances and so many others come from homes far from ideal.

Consider this single phrase in our second daily Scripture, “He made us accepted in the Beloved”.

What a glorious truth! We’ve been accepted in the Beloved and we are a part of God’s family. Whether we were born into the most proper of families by this world’s standards, we were still born into sin, thus we were born with the sin nature – everyone of us. Only through Christ’s redemption are we accepted into God’s family and admitted entry into heaven. This glorious transition cannot be earned, purchased or inherited, for it is made possible entirely by His marvelous grace!

From the door of an orphanage to the house of the King,
No longer an outcast, a new song I sing;
From rags unto riches, from the weak to the strong,
I’m not worthy to be here, but PRAISE GOD! I belong!
Be encouraged today, (Hebrews 3:13)
Stephen & Brooksyne Weber
Tags: INewsInspirationLifestyleNews
Previous Post