by Tony Orji
in INews, Jobs and Vacancies, Lifestyle, News, Socio-Economic Issues
Reading Time: 4 mins read
A A
0
Share on FacebookShare on TwitterShare on Whatsapp 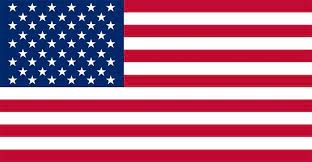 Ministers and non-ministers in religious vocations and occupations may immigrate to or adjust status in the U.S. for the purpose of performing religious work in a full-time compensated position.

Special immigrants entering the U.S. solely to carry on the vocation of a minister, and their accompanying spouses and children, are not affected by this date.

A nonprofit organization whose request furthers the cultural or social interests of the United States may request expedited processing. We cannot process a request for expedited processing of a Form I-360 Special Immigrant Religious Worker petition until the petitioner has cleared their on-site visit requirement.

The request must demonstrate the urgent need to expedite the case based on the beneficiary’s specific role within the nonprofit in furthering cultural or social interests (as opposed to the organization’s role in furthering cultural or social interests). Examples may include a medical professional urgently needed for medical research related to a specific “social” U.S. interest (such as the COVID-19 pandemic or other socially impactful research or project). As another example, a religious organization may urgently need a beneficiary’s specific services and skill set to continue a vital social outreach program. In such instances, the religious organization must explain why the respective beneficiary is specifically needed, as opposed to pointing to a general shortage.

To qualify as a special immigrant religious worker, you must:

Full-time work is an average of 35 hours per week. Compensated may mean salaried or unsalaried.

A U.S. employer, or you on your own behalf, must file Form I-360, Petition for Amerasian, Widow(er), or Special Immigrant, to request special immigrant religious worker classification. Both you and the employing non-profit religious organization must satisfy the requirements listed below. If a petitioner believes that one of these requirements substantially burdens the organization’s exercise of religion, they may seek an exemption under the Religious Freedom Restoration Act (RFRA). A written request for the exemption should accompany the initial filing, and it must explain how the provision:

The petitioner bears the burden of showing that they qualify for a RFRA exemption and must support the request with relevant documentation. We will decide exemption requests on a case-by-case basis.

Click on the link below to read more and apply:

BREAKING! UNN 2021/2022 PRIMARY DIRECT ENTRY AND OTHER SUPPLEMENTARY ADMISSION LISTS IS OUT (DOWNLOAD IT HERE)