by Tony Orji
in Assignment And Quiz
Reading Time: 1 min read
A A
0
Share on FacebookShare on TwitterShare on Whatsapp 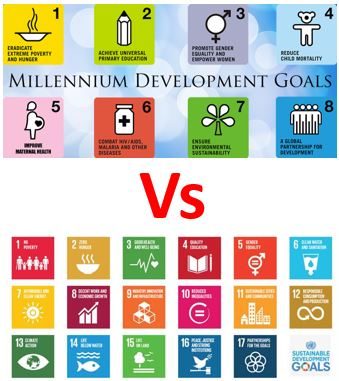 1. There are at least 10 facts that make the new global goals stupendously spectacular. Clearly discuss and analyse them in details

2. The SDGs build on the successes of the Millennium Development Goals (MDGs), which embodies specific targets and milestones in eliminating extreme poverty and the worst forms of human deprivation. The SDGs expanded its scope to 17 goals from the eight (8) goals in the MDGs, which covers universal goals on fighting inequalities, increasing economic growth, providing decent jobs, sustainable cities and human settlements, industrialization, tackling ecosystems, oceans, climate change, sustainable consumption and production as well as building peace and strengthening justice and institutions. Unlike the MDGs, which only targets the developing countries, the SDGs apply to all countries whether rich, middle or poor countries. The SDGs are also nationally-owned and country-led, wherein each country is given the freedom to establish a national framework in achieving the SDGs. In view of the forgoing discourse, clearly anayse, lucidly discuss and unequivocally explain how the Sustainable Development Goals different from the MDGs.