by Tony Orji
in INews, News, Scholarships, Socio-Economic Issues
Reading Time: 3 mins read
A A
0
Share on FacebookShare on TwitterShare on Whatsapp 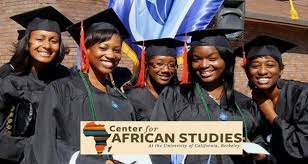 Emeka Kalu Ezera, Graduate Student Instructor and doctoral candidate in Political Science at the University of California at Berkeley, was killed tragically, July 12, 1990 in an automobile accident while traveling in Nigeria.

In 1989, Emeka began work on his doctoral dissertation in Political Science at Berkeley: An Institutional Approach to the Implementation of Structural Adjustment Policies: The Nigerian Case.

The University of California at Berkeley invites applications for the Emeka Kalu Ezera fund for graduate African students.

In order to be eligible to apply for the scholarship, applicants must:

Click on the below to read more and apply: