CALL FOR PAPERS: COMPREHENSIVE HISTORY OF THE ECONOMIC DEVELOPMENT OF NIGERIA, 1800-2021

by Tony Orji
in INews, News, Socio-Economic Issues
Reading Time: 12 mins read
A A
0
Share on FacebookShare on TwitterShare on Whatsapp 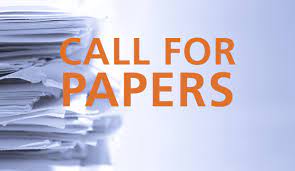 Nigeria celebrated 60 years of independence from Britain in 2020. At independence, Nigeria was said to have great potential for accelerated development: a large youthful population, flourishing agricultural sector, an equable climate, a fairly technocratic civil service, educated crop of leaders adjudged to be more sensible than other African nationalists who opted for socialism. Besides the agricultural produce, there was hint that there were mineral deposits, tin, gold, columbite, coal and limestone. Petroleum was discovered in the colonial period; not in commercial quantities, though. So the future for an independent Nigeria was seen as bright. Sixty years after independence, however, the Nigerian economy remains below its endowment profile. It cannot compare favourably with Asian countries such as Malaysia, Korea, and Japan, that were at the same or lower economic levels with the country in 1960. Nigerian products, except oil, hardly enter into world trade statistics. Why? Does Nigerian economic history matter? Has the Nigerian economy always been underperforming since pre-colonial times or does it have to do with the external factor of age-long imperialism or internal factors such as postcolonial leadership failures with manifestations in poor economic policy choices, natural resource dependence, devastating conflicts, among others? Is it a combination of some or all of these factors? What happens when a traditional society encounters “modernity”? Even within a country, what happens when the means of production changes or new inventions upturn the way of life of a people? One does not have to subscribe to the “economic determinism” school to know that the way a people organize themselves to provide for their everyday needs—production, distribution, consumption and exchange—reveals a lot about whatever else is happening to their social life as a whole.

Scholars from the humanities, developmental and social sciences, among others, are hereby invited to join in this comprehensive investigation of the history of Nigeria’s economic development since the 1800s, guided by the subthemes below.

Also click on the link to see the full call for paper:

Interested authors should please be guided by the various time frames. (While each number can be taken as a literal topic, it can also serve as a guide to articulate topics from.) Abstracts of not more than 200 words should be submitted to egodi.uchendu@unn.edu.ng by 30 November 2021.