by Tony Orji
in INews, Inspiration, News
Reading Time: 4 mins read
A A
1
Share on FacebookShare on TwitterShare on Whatsapp 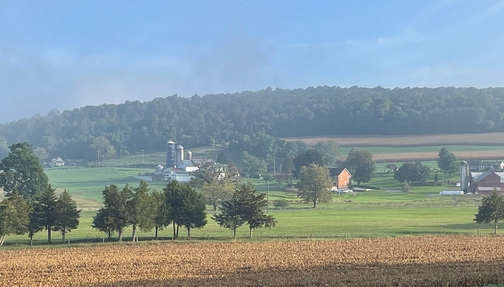 “You, O LORD, reign forever; Your throne endures from generation to generation” (Lamentations 5:19). “Hallelujah! For the Lord our God, the Almighty, reigns” (Revelation 19:6).
Tom Brady has been the dominant quarterback in the NFL for the last 20 years, having been in 10 super bowls or amazing half of the super bowls in his career. He has essentially been a one man dynasty and still plays very well in his mid-forties and wants to keep on playing. But I have a prediction. His age will eventually get the best of him and this dynasty will end!
How many recall when Duck Dynasty was an immensely popular “reality” show here in America? It had a large weekly audience and many men even grew their beards similar to the way they were worn in the show. But like anything popular in this world the Duck Dynasty show faded in popularity.

About 50 years ago John Lennon, of the Beatles, made an extremely boastful statement about the popularity of his band being more popular than Jesus Christ. We know how that turned out and his final accounting will be given to the Lord Jesus. The Beatles and all others who are reckoned as “famous” by this world’s standards will eventually be likened to a tiny grain of sand in recorded history, let alone throughout eternity.

Such is always the case with all worldly dynasties. They come to an end. But today let us rejoice in a forever dynasty!
As God’s children we are heirs to a dynasty that will last forever. Jeremiah proclaimed in our first daily text that, “You, O LORD, reign forever; Your throne endures from generation to generation”. What tremendous assurance this should bring to every believer reading this message today. Today His reign endures and always will.

Jeremiah didn’t make this proclamation of praise in the setting of an edifying worship service where people were excitedly lifting their voices in praise and thanksgiving. Instead he spoke these words as he was acknowledging the utter desperation of his people and confessed that they had turned their backs against God. They were spoken during a time of social and spiritual chaos, as Judah’s captivity to Babylon was imminent. The period leading up to the fall of Judah is instructive. During this time the nation slipped deeper and deeper into apostasy with this descriptive phrase:

“The LORD, the God of their fathers, sent word to them through His messengers again and again, because He had pity on His people and on His dwelling place. But they mocked God’s messengers, despised His words and scoffed at His prophets until the wrath of the LORD was aroused against His people and there was no remedy” (2 Chronicles 36:15,16).

This verse is so instructive for the age in which we live.

2 Chronicles 36 is a solemn record of the fall of Judah and the onset of the Babylonian Captivity. It records the final three Kings in Judah who were each described as doing “evil in the eyes of the Lord”. It is not a pretty picture and without a doubt the people of the land endured grave consequences as a result of having wicked rulers that likely endorsed their own personal wickedness.

The passage ends with a phrase that greatly intrigues me, “and there was no remedy”. There came a point when it’s as if God essentially said, “Enough is enough”. We see this at other times in the Bible such as the great flood and the destruction of Sodom and Gomorrah. We also witness God’s wrath unfolding as temporal earthly kingdoms fell (Daniel 5). One day we will see it at the culmination of the age.

Where does America stand or any other country for that matter as it is being weighed in the balance of God’s holy vindication? When will it be determined by God as it was for ancient Israel, that there is no remedy? Only God knows, but those of us who seek to faithfully follow the Lord and walk in His ways must all be numbered among those the Scripture calls a “remnant”.  The remnant are those whose hearts remain true to God no matter the cost in times of deepest desperation. At the time of this writing, the remnant of true followers would have included Jeremiah, Daniel, Meshach, Shadrach, Abednego and surely many others whose names are not recorded in the Bible.

In our daily text God gave Jeremiah spiritual eyes to see the eternal perspective that “You, O LORD, reign forever”. Now 2,600 years later all around the world we sing, “Our God Reigns”. We will be making this proclamation throughout eternity and we will be living it out throughout the eons of eternity.

In a glimpse behind the veil in John’s vision, recorded in the book of Revelation, we read: “The kingdom of the world has become the kingdom of our Lord and of His Christ, and He will reign forever and ever” (11:15). The King of kings will turn our days of mourning into days of joy and dancing. Let us keep this extremely important perspective before us today! “Hallelujah! For the Lord our God, the Almighty, reigns” (Revelation 19:6).
Be encouraged today, (Hebrews 3:13)
Stephen & Brooksyne Weber
Previous Post