Making Your Relationship and Marriage Honourable

by Tony Orji
in INews, Inspiration, Lifestyle, News
Reading Time: 3 mins read
A A
1
Share on FacebookShare on TwitterShare on Whatsapp 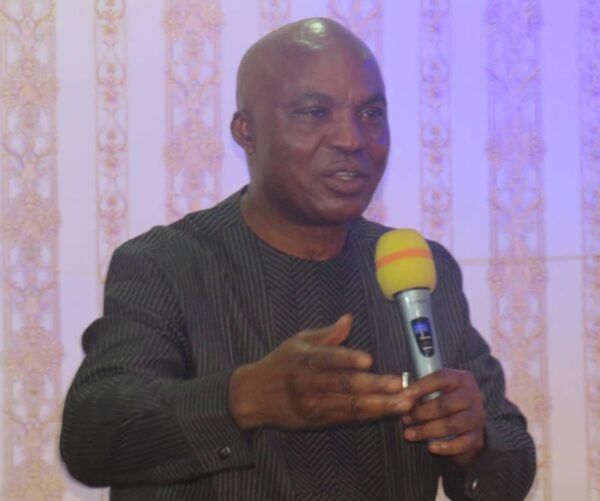 Pastor Ofuebe, who is also a professor in the department of public administration and local government, University of Nigeria, Nsukka (UNN), stated this on Sunday, Sept. 26, while ministering on the topic, “Making Your Relationship Honourable,” at a special relationship/marriage service at the church.

He charged Christians to imbibe the aforementioned virtues and desist from anything that can ruin their relationships with their partners and God, stressing that one should seek God’s direction before getting married.

Speaking on the first key element, repentance, Pastor Ofuebe warned against entering into a deep relationship with a sinner.

“Don’t marry a sinner because marriage is a spiritual thing. Marrying a sinner entails marrying the child of the devil which automatically makes the devil your in-law. And you yourself need to repent, not just looking for a repented partner,” he said.

He warned that Christians should not be unequally yoked with unbelievers as there is no relationship between light and darkness.

“Do not mismate with sinners or come under a different yoke with them. Be consistent with your faith, for what partnership has right living and right standing with God with iniquity and lawlessness? Or how can light have fellowship with darkness?” Pastor Ofuebe asked.

“Remorsefulness is another key to having a (durable) and honorable relationship and marriage,” he continued.

“Most abusive marriages are as a result of not being remorseful. The word, ‘Sorry’ is very hard to find in such relationships. The ability to say sorry is very much needed,” he added.

Stressing the need for partners to be remorseful, Pastor Ofuebe quoted the former president of the United States, Mr. Barrack Obama as saying, “A good husband is the one that says sorry to the wife even when the wife is wrong.”

On forgiveness, he said that for a relationship to be strong and united, partners should learn to forgive and tolerate each other, noting that forgiveness heals while blame keeps wounds open.

Justifying the essence of forgiveness, he asserted that, “When people forgive one another, our heavenly Father forgives them of their trespass as well (Matthew 18:14),” stressing that it does not matter how often your partner wrongs you but you forgive that peace might reign.
“When people show remorse, forgive them as this attracts blessings from God,” he said.

Pastor Ofuebe also explained the importance of the other key elements – faithfulness, humility and endurance and admonished the congregants to always be prayerful in order to overcome every challenge in their relationships. 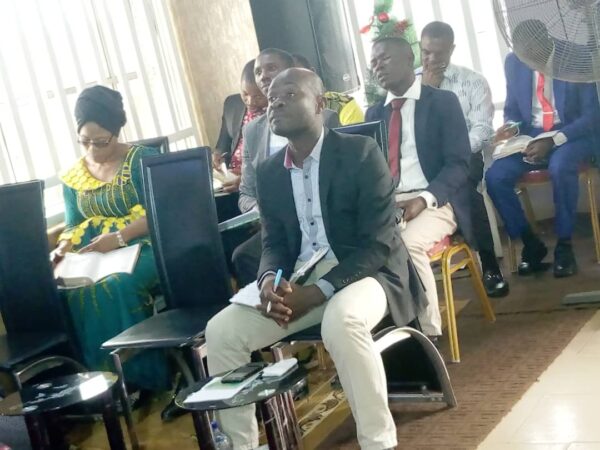 In an interview with The Record after the service, the host minister, Pastor Tony Orji, said that, “Another important key is communication as it ensures that there is no misunderstanding between partners, makes them to open up to one each other, and builds their confidence and trust in each other.”

He said the special relationship/marriage service became imperative due to the need to “make people be the best in what they do, foster good relationships among people … (by) teaching them ways to make their relationships and marriages honorable so as not to make mistakes that may cost them a fortune.”

Earlier in his remarks, Pastor Orji, who is also a senior lecturer in the department of economics, UNN, had lauded the guest minister for sharing his wealth of knowledge with the faithful, describing him as a true minister of God who does not mince words in drawing souls to God.

He also prayed God to renew his strength to keep on the evangelical works while encouraging the congregation to utilise the virtues expounded in the ministration for good and healthy relationships and marriages. 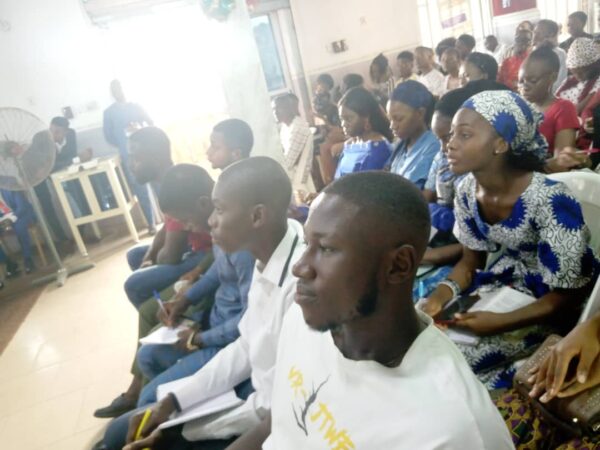 A cross section of the programme attendees

The highlight of the programme was a drama presentation which showcased difficulties Christians often face while looking for their life partners and how they usually fail to consult God through sincere prayers but resort to false vision which results in breakups.

There was also a prayer session offered against difficulties in relationships and marriages. 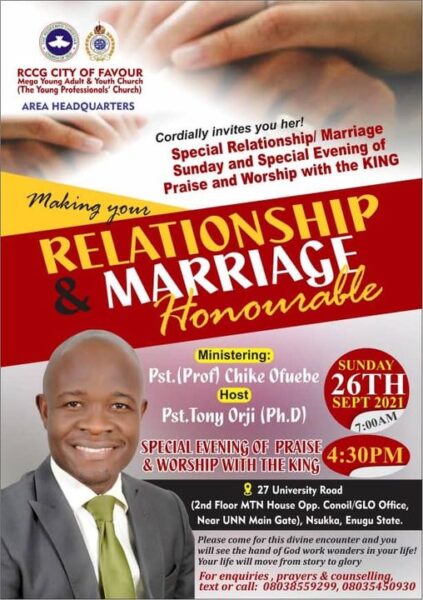