by Tony Orji
in Assignment And Quiz
Reading Time: 1 min read
A A
315
Share on FacebookShare on TwitterShare on Whatsapp 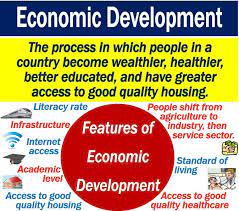 Several scholars have attempted to define Development Economics. For example some Development Pundits defined Development economics as a branch of economics which deals with economic aspects of the development process in low income countries. Its focus is not only on methods of promoting economic development, economic growth and structural change but also on improving the potential for the mass of the population, for example, through health, education and workplace conditions, whether through public or private channels.