by Tony Orji
in Entertainment, INews, Lifestyle, News
Reading Time: 1 min read
A A
0
Share on FacebookShare on TwitterShare on Whatsapp 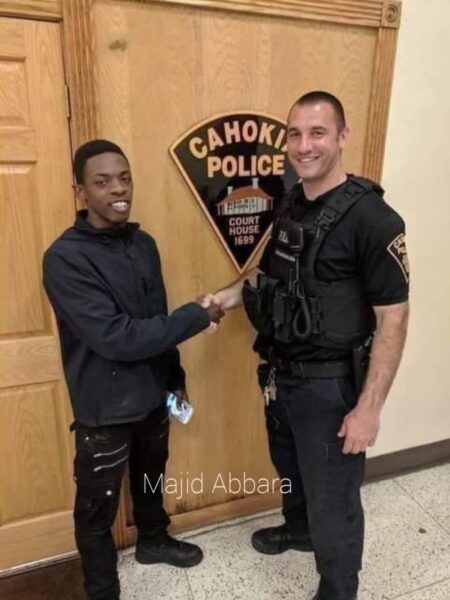 An American policeman stopped a young man’s car because his driver’s license had expired.. The policeman asked him why do you drive with an expired license? The young man replied that he was recently fired from his evening work and that the money he had is enough for him to eat, housing, to perform the duties of living and pay the bills because he was coming from another state for the purpose of studying at the university – and he had a job interview at the time the police stopped him…
The policeman had a choice to enforce the law by forbidding the young man from driving the car…but he chose to apply his humanity…He stopped his car and got into the young man’s car and drove him to the place of the interview and entered with him and apologized to them because he was the reason for his delay…..and he was accepted The young man is in the job and the young man has been granted a temporary driver’s license until he gets enough money to renew his license.
“Humanity is mercy” !!! ❤️