by Tony Orji
in INews, Inspiration, News
Reading Time: 3 mins read
A A
0
Share on FacebookShare on TwitterShare on Whatsapp 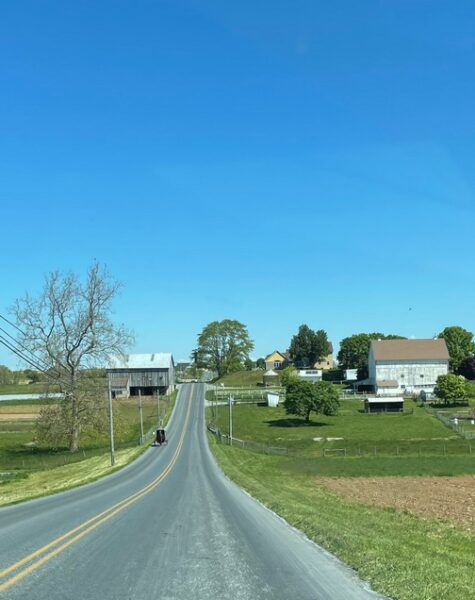 “Moses said to the Gadites and Reubenites, ‘Should your fellow Israelites go to war while you sit here? Why do you discourage the Israelites from crossing over into the land the Lord has given them?” (Numbers 32:6,7). “But if you fail to do this, you will be sinning against the LORD; and you may be sure that your sin will find you out” (Numbers 32:23).
Early yesterday morning we pulled into the parking lot of a company we serve as chaplains. Other employees usually arrive about the same time and we greet them as they come into the workplace. As I parked our car and opened the door I saw a new face I didn’t recognize and said, “You must be new here”. Suddenly her expression looked strained as she sheepishly responded, “Oh no, did I park in the wrong parking place?” She seemed genuinely distressed fearing she had done something wrong.

I quickly introduced myself and informed her that I was not the parking lot police! Well, she was a new employee (her second day on the job). Her initial response demonstrates the peril of misunderstandings. I was able to quickly clear the matter up and put her at ease. But sometimes misunderstandings and mis-assumptions (this word not in spellcheck but you know what I mean) can have a detrimental and sometimes lasting impact.

Numbers 32 chronicles a misunderstanding that could have been disastrous but thankfully it was quickly cleared up. This records a time toward the end of the 40 year wilderness wanderings when the new generation is camped east of the Jordan preparing to enter the Promised Land.
Leaders from the tribes of Reuben and Gad approached Moses and made a proposal to Moses that they would settle and consider as their inheritance the lands east of the Jordan, which they had already settled and found suitable for their livestock.
But Moses initially misunderstood their request, assuming they were attempting to dodge their responsibilities in joining the rest of the tribes in the conquest of Canaan. “Moses said to the Gadites and Reubenites, ‘Should your fellow Israelites go to war while you sit here? Why do you discourage the Israelites from crossing over into the land the Lord has given them?”
However, they immediately clarified their proposal, indicating that they would indeed be sending their fighting men to assist the other tribes and pledging that they would not return until the conquest was complete. Moses’ tone changed with the clarification and he accepted their proposal, but in the second daily text he reminded them of the consequences of failing to keep their word. Tracking through the history of the conquest we see they did indeed fulfill their commitment and were commended by Joshua for their faithfulness in Joshua 22.
There’s a lot of good teaching in this Numbers 32 but let us just focus on the initial assumption and reaction by Moses.  I believe it typifies situations that occur frequently in life and lead to problems in relationships in the marriage, home, church and elsewhere. Moses drew the wrong conclusion and based his initial response on that assumption. (Perhaps the leaders of the tribes also erred in not being clearer in their initial proposal as well).

Have you ever been like Moses? I sure have. Clarification can only be experienced when properly communicating and it will make a great contribution toward healing and understanding in relationships. May God help us today to listen to one another and clarify as needed to avoid misunderstandings. And be careful with assumptions since they can lead to wrong attitudes and actions!