"The Firm Foundation of Jesus Christ" 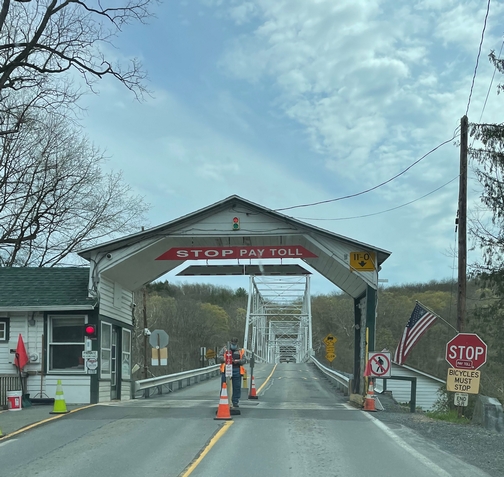 “According to the grace of God which was given to me, like a wise master builder I laid a foundation, and another is building on it. But each man must be careful how he builds on it. For no man can lay a foundation other than the one which is laid, which is Jesus Christ” (1 Corinthians 3:10,11). “So then you are no longer strangers and aliens, but you are fellow citizens with the saints, and are of God’s household, having been built on the foundation of the apostles and prophets, Christ Jesus Himself being the cornerstone, in whom the whole building, being fitted together, is growing into a holy temple in the Lord” (Ephesians 2:19-21).
How firm, our foundation
How sure, our salvation
And we will not be shaken
Jesus, firm foundation 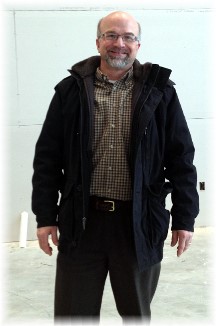 Joe Sherer is a friend of ours who for many years pastored a church here in Mount Joy when we first met him. Presently he serves a congregation south of Lancaster that celebrated their 300th year anniversary in 2010. The church has remained Biblically faithful since 1710 and is resisting the spirit of this age which it seems many churches succumb to.

Several years ago the church moved into a new worship facility which is attached to the historic building. The fan shaped sanctuary creates a more intimate worship experience by not only bringing the seats much closer to the platform, but also by allowing people to view the faces of their fellow worshipers. Three large windows face the old cemetery where the first settler Hans Herr who fled persecution in Europe is buried. What an inspiration to have this visual evidence of those who have gone before us, who made a difference in their community and in the community of Christian believers.

We visited the building when it was under construction and as Pastor Joe took us through the facility building materials littered the sanctuary and drywall dust coated the power tools and sub-flooring. I asked him to stand on the platform where he’d be preaching so I could take his picture. He did so (as seen in photo above). Afterwards Brooksyne and I looked down on the plywood sub floor where the pulpit will stand and noticed a message that was written on the plywood. After further observation we recognized the Scripture written with a large marker: “For no man can lay a foundation other than the one which is laid, which is Jesus Christ” I Corinthians 3:11.

Joe had written the Scripture as a reminder to himself and a statement to others, that as the current pastor of this church, his ministry must be founded upon Jesus, the Chief Cornerstone, and his sermons must be grounded in God’s holy Word.

Paul, in asserting his apostolic authority, stated, “According to the grace of God which was given to me, like a wise master builder I laid a foundation.” Paul had established the church in Corinth essentially laying the Biblical foundation (Acts 18). His description “wise master builder” perhaps alludes to the teaching of our Lord where He stated how the wise man builds his house upon the rock in Matthew 7:24-27. The wise church planter will build a church on the foundation of Christ.

In the seventies following our Bible School training we planted a church in northern Pennsylvania. Although some of the early attendees had a Christian background, many did not. We essentially were able to establish a spiritual foundation. However we acknowledge this was not in the same sense as Paul and the other early church leaders who originated a Biblical foundation. We are indebted to their spiritual labors and inspired writings that gives guidance to those of us who come along later.

“And another is building upon it” Since the early forming of the church by the apostles all who have followed are really building on their foundation. In the context this is referring to those who followed Paul in Corinth but in a more general sense it refers to all involved in the work of the church since that time.

“But each man must be careful how he builds on it.” What a solemn word for the serious minister of the Gospel. “Preach the word; be prepared in season and out of season; correct, rebuke and encourage—with great patience and careful instruction” (2 Timothy 4:2). These words are echoed by James, “Not many of you should become teachers, my fellow believers, because you know that we who teach will be judged more strictly” (James 3:1).

“For no man can lay a foundation other than the one which is laid, which is Jesus Christ.” In response to Peter’s powerful expression of faith, “You are the Christ, the Son of the living God”, Christ said to him, “upon this rock I will build My church”, speaking of Himself, the Solid Rock.

Let us all continue to build our faith and life upon Christ, the solid rock!