by Tony Orji
in Featured, Lifestyle, Uncategorized
Reading Time: 5 mins read
A A
3
Share on FacebookShare on TwitterShare on Whatsapp 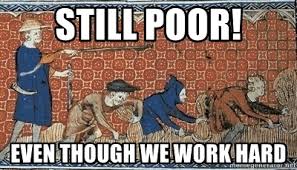 Since the time of Adam Smith and the Wealth of Nations, economists and social scientists alike have been encumbered with the global question- “Why are some nations poor and others rich’? In answering this puzzle, many scholars have hypothesized about the global inequality. But how well have these hypotheses fared in explaining practically and contemporarily the aforementioned issue?  This article takes a hard look at these popular hypotheses that have beclouded our minds pointing some of their insufficiencies and proposing contrariwise that, under-development and poverty is a function of Good politics over Good Economics and that this is done through extractive political and economic Institutions. 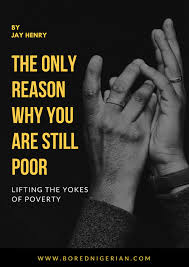 POLITICS :There  is  no  generally  acceptable definition  of  politics  hence,  the  many  definitions  by  various  authors. Politics  according  to  Lasski  (1958)  is  “who  gets what,  when  and  how?”  This  definition  sees  politics  as  an  act  of manipulation  to  get  something  through  any  possible  means. Easton  (1980)  defined  politics  as  the authoritative  allocation  of  values  in  the  society. Nnoli  (1987)  defined  politics  as  all  the  activities  directly  or  indirectly  related  to  the  seizure, consolidation  and  use  of  state  power. Nnoli’s definition captures the essence of this paper. To paraphrase, Politics is primarily about the acquisition and consolidation of power. To a politician whatever will help him accomplish those two objectives is good politics, even at the detriment of good economic policy- This is the fulcrum of underdevelopment and impoverishment of the masses in Nigeria and Africa.

These theories try to explain world inequalities, in turn we shall trace how each fares in explaining the twin problems of underdevelopment and poverty .Well, whilst there are true elements in these hypotheses, there are deficiencies and contraindications equally. Due to space constraint, the most important points as x-rayed by Daron and Robbinson in “WHY NATIONS FAIL” will be enumerated.

The GEOGRAPHY HYPOYHESIS proposed by a french political philosopher Montesquieu argues that people in the tropical climates had the disposition of uninquisitiveness and laziness, consequentially lacked innovation and were ruled by despots. It further explains that tropical diseases like malaria and tropical soil made them unproductive. In our contemporary world where we have Mechanized agriculture and improved medicare, can this theory explain world inequalities again? Of course not. Countries like Singapore, Malaysia, Botswana, South Africa etc have developed in spite of this limiting theory.

The CULTURE HYPOTHESIS Proposed by Max Weber argued that Protestant Reformation and its ethics played key role in facilitating the prosperity of Europeans. Connotatively, Africans are poor because of their belief in witchcraft, magic and work ethics, whilst the latter is true, Protestantism can’t explain wealth disparities. Chinese practice Confucianism, Italy and France – Catholicism, UAE and Malaysia- Islam and they are all rich and developed countries economically. Authoritatively we can say there’s no special relationship between Protestantism and economic success.

The IGNORANCE HYPOTHESIS is highly favored by Economists. It asserts that the disparities in wealth among nations is caused by lack of knowledge on how to make a poor nation become rich. It equally hinges on market economy and market failure. Thus, Africans are poor because of unaddressed market failures. Contrastingly, Daron and Robbinson  has this to say ,”leaders of  African nations that have languished over the last half century under insecure property rights and Economic Institutions impoverishing much of their populations did not allow this to happen because they thought it was good economics, they did so because they could get away with it and enrich themselves at the expense of the rest or because they thought it was good Politics- way of keeping themselves in power by buying the support of crucial  groups or elites. In Nigeria, several technocrats have proposed world class policies which were never implemented because it doesn’t favor the Powers that be. Ezeibe (2014) reinforces this claim when he stated that Nigeria boasts of the best crop of intellectual and technologist in sub-Saharan African. All these lend credence to this topic. Nigeria is the headquarters of Poverty because of consolidation of power-the Good politics!

Countries differ in their economic success because of their different institutions, the rules influencing how the economy works and the incentives that motivate people. It is worth noting that no two countries have the same institutions. For us to understand extractive institutions, it’s good we know what inclusive Institutions are all about. Inclusive Institutions be it political or economic, are those that allow and encourage participation by great mass of people as found in South Korea, USA etc. The opposite is true of extractive institutions as found in Sub-Sahara Africa, where a president or governor perpetuates himself directly or indirectly through ‘God-fatherism’. Extractive economic institutions are designed to ‘Extract’ incomes and wealth from one subset of the society to benefit another- the elites. Put differently, extractive economic institutions are those who support the transfer of income and Wealth from the nominal Selectorates (Poor Masses) to the Real and Winning Coalitions (those whose support is critical both to gaining the leadership and to keeping it). Is this not a picturesque example of African Institutions and indeed Nigeria situation? It is no news that a Nigeria commuter ‘rides for the government’ that impoverished him through extortionate check points, A Nigerian petty trader pays more than  6 annual levies from different Government owned agencies, A Nigerian University student faces double payment of levies to  their various Citadels of Learning even with their low quality education, the list goes on countlessly. Recently, the Electricity Distribution Companies increased power rate by incredulous 78% with other appended irregularities witnessed in the power sector-imposition of new meterage and meters.

Good Politics-Consolidation of Power incentivized the former President, Goodluck Jonathan to build 9 Almajiri Schools in the North with a Whopping N15b, while the schools lie in ruins today. Bad economics right? But it was a way to win the North and retain presidency. Recall that the second Niger bridge is still uncompleted despite its huge  economic viabilities (Guardian newspaper,05 October 2019).Today no community attracts government’s investment(s) without having an “Influential dignitary”  who can wield power, most times because of politics these projects are invested on areas that are not economically viable. A quick look at 1967 and the civil war, it’s all quest to seize and consolidate power that led to the death and Impoverishment of millions of potential manpower which today we are yet to recover from that historical escapade.

It’s only through inclusive Institutions that rapid development and eradication of poverty can be achieved, a situation where anyone can own any oil well in Nigeria and anyone can attain any height in his/her political ambitions without ethnicism and religionism forming a hindrance .A unanimous dethronement of ‘God-fatherism’ and consequently, an enthronement of true democracy is a critical need in our society today!