by Tony Orji
in Featured, INews, Lifestyle, Sports Update, Uncategorized
Reading Time: 2 mins read
A A
0
Share on FacebookShare on TwitterShare on Whatsapp 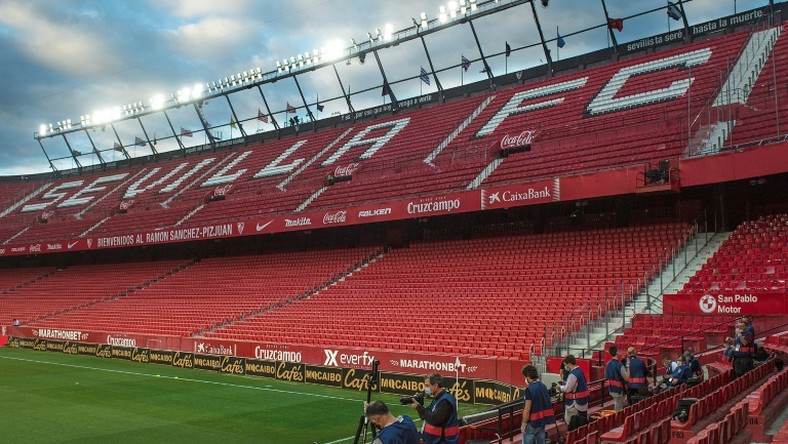 The match was the first to kick off in Spain’s top flight since March 10 and makes La Liga the second of Europe’s five major leagues to restart, after the Bundesliga in Germany returned on May 16.

Despite the ban on fans, around 200 supporters, almost all masked against the virus, still gathered around the stadium, in the centre of the city.

To greet them were around 600 police deployed on horseback.

Streets were blocked and barriers erected around the ground before most of the fans eventually dispersed before the 2000GMT kick-off.

The Seville derby is usually played in one of Spain’s most colourful atmospheres and in normal circumstances would have attracted a crowd of more than 40,000.

“It’s very bizarre, it’s different. This derby behind closed doors makes us sad, but despite that it will still be intense,” said 23-year-old Laura Marin, a Sevilla supporter.

Another Sevilla fan, Jose Luis Meana, said he would follow the game on the radio.

Despite the stadium ban, he said he will still experience the derby “with great passion, because football that we love so much is back”.

He added: “We don’t know what form the players will be in. We also hope that there will be no new wave (of the virus) with people gathering.”

Sevilla are third in the table and chasing Champions League qualification, while Betis lie in mid-table.