by Tony Orji
in Featured, News, Socio-Economic Issues
Reading Time: 3 mins read
A A
0
Share on FacebookShare on TwitterShare on Whatsapp 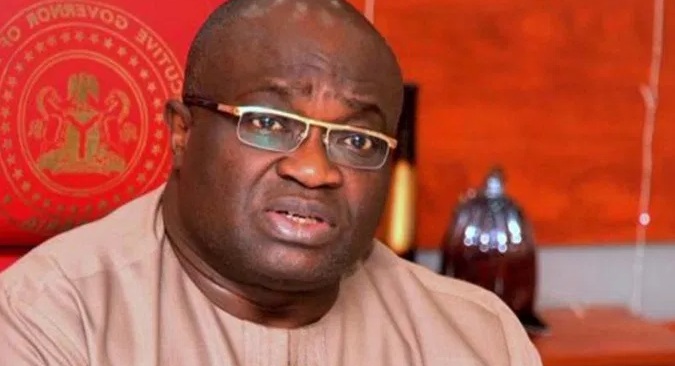 He said the arrears to the beneficiaries of the programme would be paid them from February to December 2019.

Ezekwesiri disclosed this on Monday in Aba an interview with the News Agency of Nigeria (NAN) on the sideline of the National Cash Transfer Office (NCTO) end of year meeting.

He said the meeting was held to address the issues arising from the programme implementation.

The commissioner, who lauded the initiative, urged the poor and vulnerable residents to go and register en masse in the programme stressing that it would reduce poverty in Abia.

According to him, the NCTO is the intervention arm of the National Social Safety Nets Project (NASSP) which facilitates cash transfers and capacity building of beneficiaries across states in Nigeria.

“I consider us and especially my ministry lucky because this programme that the state keyed into 10 months ago has been flagged off in Abia state.

“Some days ago, on Nov. 28, 2019, the maiden payments were made and it was N5,000 per person and there are six intervention local governments.

“We have up to 9,300 people in these local governments that would be paid in arrears from February 2019 to the current month; it is a very wonderful programme.

“We cannot thank Abia Governor, Okezie Ikpeazu enough for ensuring that Abia people benefitted from this federal programme aimed at addressing the plight of the poorest among the poor, the vulnerable and the aged.

“I want to urge Abians, the poor, the vulnerable in society to take advantage of this programme.

“When Community Development Officers (CDOs) visit their communities to get them enrolled, they should please turn out en masse to be part of the successes,” he said.

Ezekwesiri promised that the state would do everything possible to cover the remaining 11 local governments of Abia state to ensure all residents benefitted from the project.

She said “You can see quite a number of their products are exhibited, especially, agric-related products, they make clothes and shoes, name it, whatever they are good at, we encourage them to do that”.

She said the states signed Memoranda of Understanding (MOU) to ensure they and local governments provided logistics for, train and pay their HUP program staff for them to deliver while the federal government pays N5000 to the beneficiaries.

Sinkaiye said the number of the poor already reached was small compared to the statistics of the poor in Nigeria stressing they were targeting most indigent in the country.

He noted that the scheme combined some techniques using the understanding of poverty by residents to determine who the poor among them was and also assisting in the selection of beneficiaries.

He said the scheme provided financial support to such families and encouraged them to save and invest in entrepreneurship projects through traders and business cooperatives to build a better future.

Nwaogu said that the project was aimed at improving the livelihood of enrolled families, to set up businesses with money saved, to train their children, fund health care needs and provide for themselves while raising happy families. (NAN)