by Tony Orji
in Inspiration, Lifestyle
Reading Time: 1 min read
A A
0
Share on FacebookShare on TwitterShare on Whatsapp 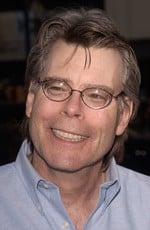 King was broke and struggling when he was first trying to write. He lived in a trailer with his wife—also a writer—and they both worked multiple jobs to support their family while pursuing their craft. They were so poor they had to borrow clothes for their wedding and had gotten rid of the telephone because it was too expensive.

King received so many rejection letters for his works that he developed a system for collecting them. In his book On Writing, he recalls: “By the time I was 14…the nail in my wall would no longer support the weight of the rejection slips impaled upon it. I replaced the nail with a spike and kept on writing.” He received 60 rejections before selling his first short story, “The Glass Floor,” for $35. Even his now best-selling book, Carrie, wasn’t a hit at first. After dozens of rejections, he finally sold it for a meager advance to Doubleday Publishing, where the hardback sold only 13,000 copies—not great. Soon after, though, Signet Books signed on for the paperback rights for $400,000, $200,000 of which went to King. Success achieved!

Don’t give up! Your future is bright