by Tony Orji
in Lifestyle, Sports Update
Reading Time: 1 min read
A A
0
Share on FacebookShare on TwitterShare on Whatsapp 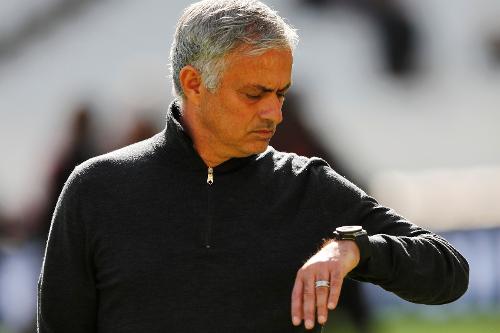 Former Manchester United manager Jose Mourinho has been appointed to replace Mauricio Pochettino as Tottenham Hotspur Manager on a contract that runs until the end of the 2022/23 season.

Pochettino was sacked by Tottenham after its frustrating start to the English Premier League (EPL) season.

Tottenham went down 2-0 to Liverpool in Madrid, however, and with 12 games played in the top flight this season, it sits 14th, having won just three times.

It also suffered a humiliating 7-2 home defeat to Bayern Munich in the Champions League last month.

Chairman of the club Daniel Levy said: “In Mourinho we have one of the most successful managers in football.

“He has a wealth of experience that can inspire teams and he is a great tactician. He has won honours at every club he has coached. We believe he will bring energy and belief to the dressing room.”

Speaking on his appointment, Mourinho said: “I am excited to be joining a Club with such a great heritage and such passionate supporters.

“The quality in both the squad and the academy excites me. Working with these players is what has attracted me.”

Mourinho was previously the head coach of EPL giant Manchester United before being sacked in December last year.

The 55-year-old Portuguese, took over in May 2016 and led United to League Cup and Europa League titles.