by Tony Orji
in ICT Update, Lifestyle, News
Reading Time: 2 mins read
A A
0
Share on FacebookShare on TwitterShare on Whatsapp 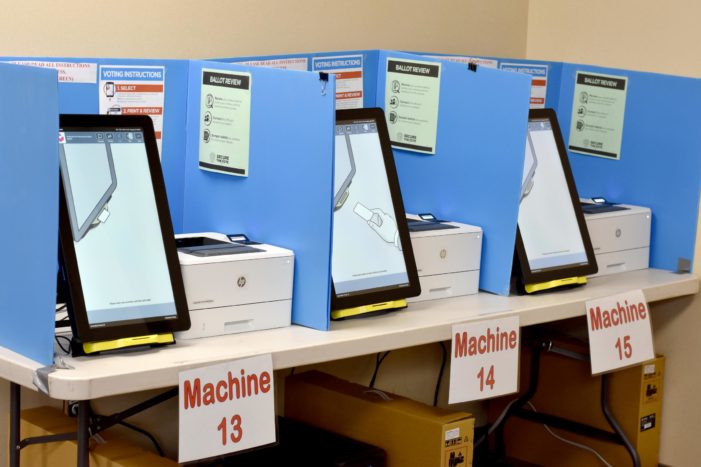 Deputy Chairman, House of Representatives Committee on Science and Technology, Rep. Olaide Akinremi (APC-Oyo) said he would prioritise legislation that would support use of technology to improve electoral process in the country.

Akinremi made the pledge in Abuja while reacting to the Court of Appeal judgment that upheld his victory in the 2019 general elections.

He said that it was necessary to employ the use of science and technology to improve the electoral process and reduce post election court cases.

“It is no longer news, we have been talking about digital voting like it is done in other develop countries.

“This will help us reduce post election court cases; it is because someone will tell you that he is not satisfied with the process that he goes to court.

“Going to court especially in this country scares away the average people from participating in election.

“If you want the poor to participate in our electoral process, we have to reduce court cases to zero level,” he said.

Akinremi said that the electorate could freely give their mandate to a candidate they love and another person, because of superior economic powers steals the mandate in court.

He said that it was very important that the House looked into the matter and come up with laws to improve electoral process using science and technology.

Akinremi gave thanks to God Almighty for giving him victory at the polls, at the Electoral Tribunal and then at the Appeal Court.

He said that the victory showed that democracy and the principle of the Rule of Law prevailed in Nigeria.

The lawmaker said that he had always had confidence in the Judiciary as the hope of the common man in the country.

He thanked his supporters, party and family members who stood by him all through the hearing, praying God to bless them.

“Now the time has come for us to see the effect of ‘Next Level’ in Ibadan North Federal Constituency.

Akinremi called on his opponent and all aggrieved parties to join hands with him and the All Progressives Congress (APC) in service of the people.

He described his victory as “no victor, no vanquish” urging his opponents to sheathe their swords and join hands for the success of the constituency.

The lawmaker who is of the APC party said he had no problem working with the state Governor, Mr Sheyi Makinde who is of the Peoples Democratic Party (PDP).

He said that they were both voted into office by the people and he would collaborate with the governor to develop the state.(NAN)