Why Finland’s Education System Is Best In The World

by Tony Orji
in Lifestyle
Reading Time: 6min read
9
Share on FacebookShare on TwitterShare on Whatsapp 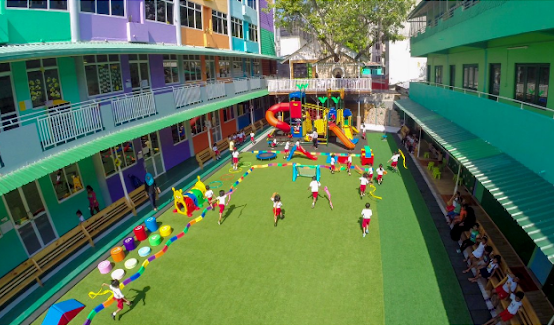 Finland is consistently ranked at the top of the list of best education
systems in the world. In fact, the World Bank recently declared the
country “a miracle of education.”

On Universitas 21’s latest ranking of the world’s top universities,
Finland finished top spot when levels of GDP per capita were considered –
with impressive scores that exceeded expectations, given the country’s
income level.

So, the big question is: What makes the Finland education system unique?

as shared by The iSchooler
We did a close review and discovered some really interesting facts
behind the success of this small and quiet north European country.

Less Formal Schooling
Contrary to the general norm nearly everywhere else on the globe,
Finland believes less is more. And this philosophy is reflected in all
facets of national life, including the education system.

Whereas the school starting age of kids in most countries keeps getting
lower and lower, in Finland children don’t start formal school until
they reach the age of seven. Yes, seven!

And, oh, for the record, that’s just about the oldest age to start school anywhere on the globe.

The children are given a lot of liberty. They are allowed to be
children, to learn more naturally and informally through playing and
exploring – rather than the formal system of children sitting locked up
in a classroom with a teacher reading out instructional materials.

The goal and method of teaching are quite unique too. Teachers don’t
focus on teaching pupils knowledge to help them pass a test or exam.
Instead, the overall objective is to get the students to concentrate on
things that will help them really understand the lessons and how to
creatively apply the concepts in everyday life.

You may be asking: Won’t that approach slow them down? No, quite the
opposite! The children start formal education when they are actually
developmentally ready to learn and focus.

After the first year of school, the next stage for the child is nine
years of compulsory schooling. At the end of the ninth grade, everything
is optional and at the age of 16, the student can decide on any of
three paths:

Fewer Students, More Individual Attention
You probably already imagined this scenario. You guessed right. Fewer
students in a class often mean the teacher can provide better care and
attention to the pupils.

Typically, a Finnish teacher is assigned about 3 to 4 classes of 20
students a day, so they are responsible for between 60 to 80 students
daily. This is a more reasonable number and a lot smaller than the
average teacher in most other countries has to manage every weekday.

Less Time in School, Fewer Instructions
In Finland, school usually starts at 9 am or 9:45 am; and ends by 2 pm
or 2:45 pm. Surprised? There’s more: The average Finnish teacher
provides fewer instructions to his/her students in a day than the
regular teacher elsewhere in the world.

When computed, the total instruction time clocks to about 600 hours a
year or 4 lessons daily. But here’s the catch: The topics are fewer but
more in-depth. The focus of the lessons is not in the period or number,
but on creativity, skill acquisition, and real-world application.

The younger kids are allowed sufficient time to play, so they can
discover, be creative, and learn in the process. When they are 7, they
start formal schooling and are taught how to read and write.

For the older kids also, there’s a deliberate effort to avoid the pupils
getting too tired or stressed so they can learn well. They are given
only a reasonable amount of homework, have a fewer number of school days
a term compared to other kids around the world, and take 10 to 20
minutes breaks between the lessons.

During the breaks, the children are allowed to go outside and play, so
they can focus on studying again. The children also eat free, healthy
lunch at school. The end goal is to ensure both the students and
teachers are well rested and ready to learn/teach.

The System Prioritizes Play
We already mentioned that Finnish students get the least amount of
homework in the world, as the focus is to allow the pupils adequate free
time, play, breaks, and rest, so their minds are sharper and their body
well relaxed and refreshed for learning.

Students in Finland typically don’t have afterschool tutors or lessons.
It sounds ironic when you take into account that Finnish students score
higher than students from Asian countries who receive tons of extra
lessons or afterschool instructions.

Finnish students get the work done in class diligently, and teachers
feel that is adequate. There are no pressures on the students to do more
than what is necessary to learn a skill. And when there are
assignments, they are often open-ended and not really graded.

Teaching as a Profession Is Revered
Most students in both developing and developed countries rarely think of
teaching as a career choice, perhaps after observing the profession is
generally undervalued and their teachers often underpaid.

The reverse is the case in Finland – specifically in terms of the treatment and respect accorded to teachers.

Teaching is a very prestigious profession in Finland. Teachers work
fewer hours and are paid relatively well compared with their colleagues
in many other countries. They are also entrusted with the authority to
plan their teaching in a way they think best suits their students.

Teaching is an extremely selective profession in Finland, and it’s not
easy to get accepted in the special programme to qualify as a teacher.
In fact, you have to be well motivated and gifted to make the grade.

But before applying for the teacher’s education programme, it is
mandatory you have a master’s degree in your subject. That is if you’re
going to take any of the high school or middle school classes.

If you’re applying to be a kindergarten, preschool or elementary school
teacher, you must also have a master’s degree or at least a bachelor’s
degree.

No Standardized Testing
While the practice in most countries is that students take standardised
tests and exams to track their progress, in Finland students take just a
single test, called the National Matriculation Exam, during their
entire time in elementary or high school.

However, the test assessment is more than just what the student scores.
Rather, it measures the general academic maturity level of the student,
which are standards by which a mature, educated person is evaluated in
Finnish society.

Free Education at All Levels
Finland is one of the few countries in the world that offer absolutely
free bachelor’s, master’s, and doctoral degree programmes — not only for
its own citizens but also students from European Union and EEA
countries.

Yes, you read right: International students from eligible countries
studying any course in Finnish universities do not pay a penny in
tuition. There are no fancy private schools or universities anywhere
with their own study plans. Instead, there’s a national standard for
what every school must teach.

In Finland, capitalism (which, for example, allows you to pay to get
good education for your child or yourself) is seen as a system that
produces a mass of ignorant people versus a small, well-educated elite;
thereby making poor education/good education, and poverty/wealth divides
kind of “hereditary.” 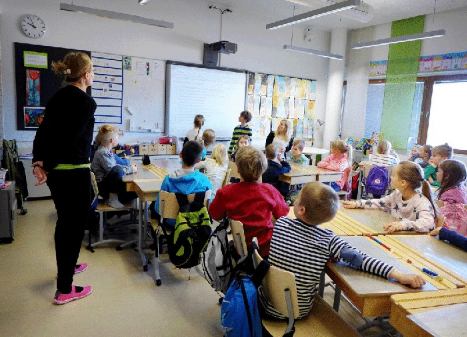 In summary, Finnish society is a welfare state and aims at taking care
of everybody, not just those that can afford it. Naturally, it starts
with universal healthcare, in which families receive medical care when
needed in any of the comprehensive networks of child welfare clinics.

So, the much-lauded Finnish education system is only an extension of a
grounded tradition of a welfare state. Besides, Finland appears to be
very conscious of the important roles teachers play in moulding and
influencing the next generation and consequently invests heavily (time,
efforts and resources) in the recruitment process and general education
system.

Check Out The New 2020 Toyota Highlander