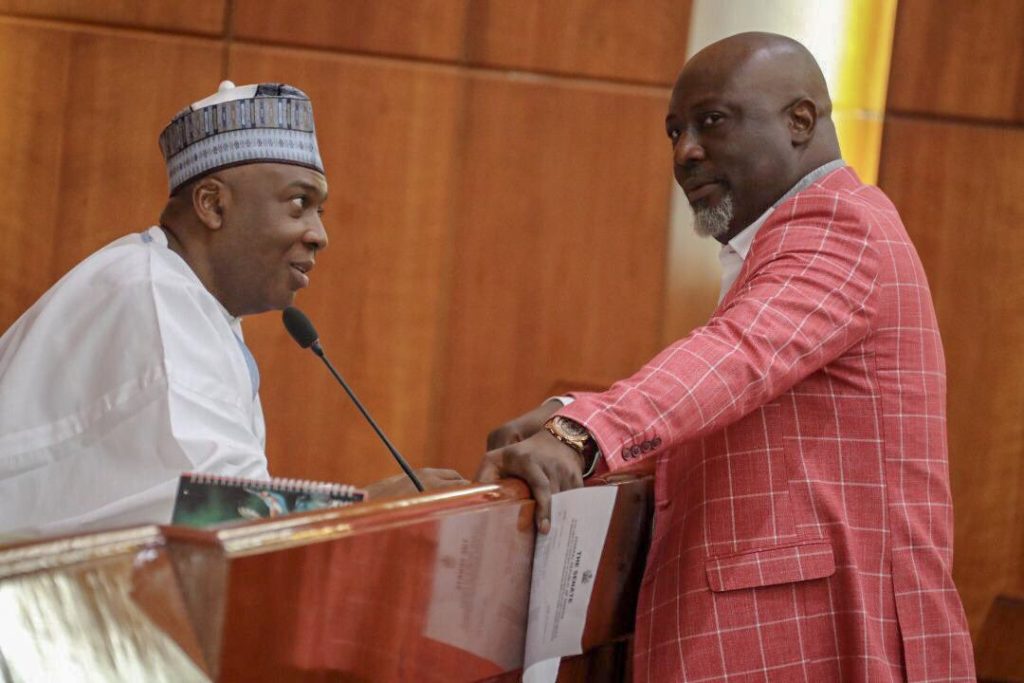 Who among the ranking PDP senators will be the minority leader in the
new senate? Three Senators on the platform of the leading opposition
party are leading the race for the Minority Leader position in the
forthcoming 9th session of the Senate, according to feelers from the
party.

Topping the list is the current Deputy Senate President Ike Ekweremadu. Also in contention are

Senator Dino Melaye (Kogi West) and Senator Ayo Akinyelure (Ondo
Central). Rooting for each of them are diverse groups in the PDP.

Sources told The Nation that while the party appears to be heavily in
favour of Ekweremadu emerging as minority leader in view of his vast
experience, some other groups in the party have different ideas on who
should occupy the position.

The party leadership’s decision, it was gathered, may not be unconnected
with the desire for a strong personality to lead the PDP in the next
dispensation, as part of a larger plan to hijack the leadership of the
National Assembly at an appropriate time.

A party chieftain from the Southeast said the PDP believes Ekweremadu has the ability to keep the APC on its toes.

“The PDP plans to give the ruling All Progressives Congress (APC)
serious opposition in the next dispensation,” the party chieftain said.

“We want to prove that we have what it takes to be taken serious as a
real alternative to the APC by Nigerians. We can only do these when we
live up to the people’s expectation from an opposition party, especially
in the national assembly.

“To this end, we have considered that the current leadership of our
party in the Senate, as represented by the highest ranking senator
there, Senator Ekweremadu, be retained in the 9th assembly. We are sure
that if he remains the leader of the PDP senators, the APC will be kept
on its toes until we take over the assembly.”

Another party leader said Ekweremadu “solidly fits the bill. We need a
man like him to stand up to the APC senators.” But PDP stakeholders in
the Southwest and the Northcentral are projecting other senators for the
plum opposition job.

One source said: “it is incorrect to say there is any crisis in the PDP over this issue.

“Yes, people are suggesting various opinions as regards who should be
the Minority Leader even when the party’s national leadership is
advocating a particular direction for obvious reasons. But other
opinions are welcome and that should not be interpreted to mean there is
a crisis.”

Some interest groups in the Southwest recently cautioned the PDP
leadership against taking the position of Minority Leader away from the
zone.

The Southwest PDP Frontiers (SWPF), led by Asipa Iyanda Adeoye
Ogunfojuri, in a statement by him and Ameen Adekanye warned the party
against repeating the alleged ill-treatment meted out to the zone during
the struggle for the position of national chairman.

“We are speaking out early enough to avoid being told that we kept mute
when it mattered, for that was what we were told after the Southwest was
disgraced out of the PDP national chairmanship race,” they said.

“The position of Minority Leader in the senate is currently being held
by the Southwest, and since nothing has changed as regards the zoning at
the national level, it shouldn’t be taken away from us.

“It is worrisome to see that the body language of many of our leaders
suggests the possibility of the position being used to compensate
another zone for whatever reason. The Southwest will no longer agree to
be sacrificed within the opposition party, more so when we have
eminently qualified persons that can serve in the said capacity.”

The Nation also gathered that some PDP stakeholders from the
Northcentral recently met leaders of the party in the zone and expressed
their desire to have Senator Dino Melaye supported to lead the PDP
caucus in the senate.

According to sources, the stakeholders pleaded with the leaders against
supporting any arrangement that denies the zone a chance to produce the
next Minority Leader of the Red Chamber.

“The Northcentral too is pushing for Dino Melaye. In their opinion, the
Kogi West senator is eminently qualified and equipped to lead other PDP
senators. They also argued that since the zone will be losing the senate
presidency currently held by Senator Bukola Saraki, it is just proper
that it be compensated with the Minority Leadership in the interest of
equity,” the source added.

When the 9th assembly is convened, the Southeast PDP will have at least
11 Senators having lost one seat each in Anambra, Abia and Imo states.
One other seat in Imo is still in contention.

The Southsouth PDP will have about 15 senators following the loss of one
seat each too in Bayelsa, Edo and Delta states. Party sources said the
majority of the senators from the two zones may support the party’s
choice.

The Southwest boasts of only three PDP senators-elect. The party got a
senate seat each in Ondo, Oyo and Osun states during the last national
assembly elections. Dr. Kola Balogun was elected to represent Oyo South
while Chief Francis Fadahunsi will be representing Osun East. Both are
first timers.

He was first elected in 2011, but lost his re-election bid in 2015. He
is a ranking senator and sources say he is the candidate of many
Southwest PDP leaders and chieftains for the position of Senate Minority
Leader in the next dispensation.

“He is the man they want as replacement for current Senate Minority
Leader, Biodun Olujimi, who will not be returning to the senate,” said a
party source. 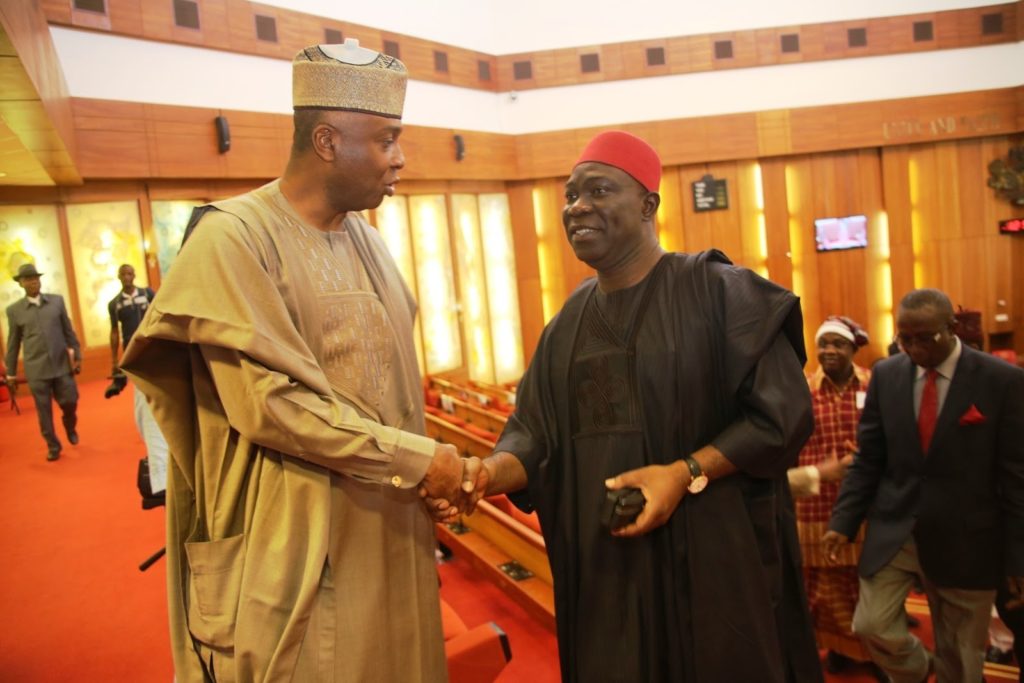 The Northcentral will have about five senators in the next dispensation
as it could only manage to add a seat each from Kogi and Plateau states
to the clean sweep it got in Benue State. The surprise loss of all the
three senatorial seats in Kwara, including that of Senate President
Bukola Saraki, depleted its numerical strength in the Senate.

Melaye will be the only ranking senator from the zone in the 9th
assembly. Senators-elect Gabriel Suswam (Benue northeast), Yisa
Orker-Jev (Benue northwest) and Abba Moro (Benue south) are all going to
the Senate for the first time. Another fresher is Istifanus Dung from
Plateau north.

This perhaps informed the choice of Melaye as the candidate of some major stakeholders in the zone.

Atiku Slams APC: Your Claim On My Citizenship Idiotic