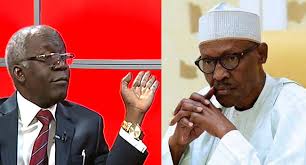 Popular human rights lawyer Femi Falana (SAN) has urged the armed forces
to allow the Nigerian electorates to exercise their franchise without
any form of intimidation on election day.

He also urged them to maintain neutrality in the electoral contests.

He gave the charge in an address delivered at the 13th Dr. Beko
Ransome-Kuti Memorial Lecture held at the Committee for the Defence of
Human Rights (CDHR) Secretariat, Ikeja Lagos.

It was titled: “Foreign interference in the 2019 general elections”.

He said: “Since the involvement of military personnel in the electoral
process has been declared illegal and unconstitutional by the Federal
High Court, Court of Appeal and Supreme Court in a number of cases, the
Nigerian army should be restrained from carrying out Operation Python or
any other military exercise during the 2019 general election.

“In order to ensure that national security is not compromised by the
Independent National Electoral Commission (INEC) and the Police, I am
compelled to urge them to maintain neutrality in the electoral
contests.”

“The primary duty; indeed the most fundamental duty of the Nigeria
Police Force is the maintenance and securing of public safety and public
order within the country. In the performance of its duty, the Nigeria
Police Force must manifestly demonstrate impartiality; it must not lean
to one side against the other; it must be apolitical. It must not take
part in any disputation, which has political coloration. These qualities
are sine qua non to the enhancement of public respectability to it.

“Also the Independent National Electoral Commission (INEC) by its
statutory existence is an independent body with constitutional powers to
conduct elections in Nigeria. It must not only be an umpire, it must be
seen, in the eyes of reasonable men, to be an impartial umpire in the
conduct of an election…

“Neutrality must be the watchword of the body – it must always remain fair and focused.”

Falana objected to the purported statement credited to Kaduna State
Governor Nasiru El Rufai that foreign election observers and monitors,
who interfere in the 2019 general elections, would “return to their
countries in body bags because nobody will come to Nigeria and tell us
how to run our country”.

He said the threat to attack and kill foreign election observers in
Nigeria constitutes an infraction of the Electoral Act, 2010 and the
Penal Code. 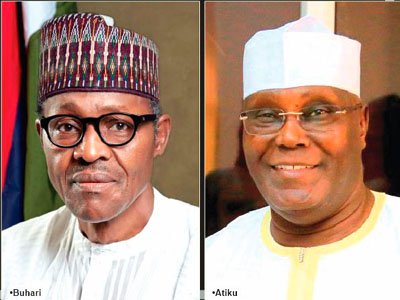 He also noted that the All Progressive Congress (APC) has accused
western countries of supporting the People’s Democratic Party (PDP) in
the 2019 general election.

See The First Aircraft To Land In Nigeria