Big Issues That Will Determine Nigeria’s Next President 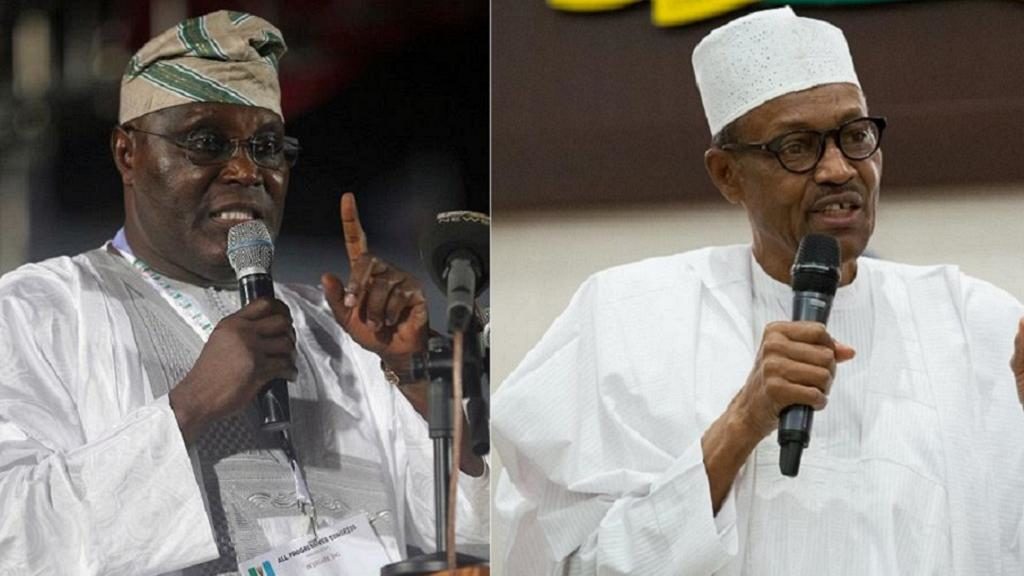 A careful observation of the major issues in the ongoing campaigns
reveals that while the ruling All Progressives Congress leaders are
urging Nigerians to reject the Peoples Democratic Party at the polls
because of the party leaders alleged corrupt tendencies, the PDP is also
drawing the attention of the electorate to the failure of the President
Muhammadu Buhari’s administration to deliver on its promises, after
nearly four years in power.

However, political analysts have noted that beyond the issues being
raised by the politicians at their campaigns, there are other critical
issues that will determine who will win the presidential election.

Some of the critical issues they identified are

the growing poverty across the country, the escalating insecurity in
parts of the country, arbitrary use of state powers by the ruling party,
desperate activities of greedy politicians and fear of prosecution by
corrupt leaders.

Among other remote factors that have started manifesting in the build-up
to the election is the interest being shown by the foreign countries
that are now threatening visa ban on any individuals fingered in the
manipulation of electoral process.

A former Minister of Information who is also a major player in the
current political process in the country, Prof Jerry Gana, in an
interview with The Punch in January, identified character, competence,
courage and efficiency as issues that would determine the winner.

He said, “These issues will determine who becomes Nigeria’s next
President. Added to that is the issue of younger generation; there are
about 40 million young people. They won’t be looking at parties but the
quality of the individuals. If the elections are based on voting, as it
should be, the outcome will surprise you.”

Apart from character and competence on the part of the candidates, the
foreign influence would also be a major consideration in the election.

The Secretary-General of Afenifere, the pan-Yoruba organisation, Chief
Seinde Arogbofa, told our correspondent that the issue of restructuring
remained a major factor that would determine who becomes the next
President of the country.

He said, “If the country is not restructured, its problem would persist
and the citizens would continue to suffer. Nigerians are tired of the
current problems and crises. They want a leader that will do the proper
things that would end the mess.”

Keen watchers of the nation’s polity have called for a third force,
arguing that the electorate, who are now politically enlightened, have
lost confidence in both the APC and the PDP because both parties have no
clear ideology.

A major player in the third force arrangement, Dr Thomas-Wilson Ikubese,
who is a former presidential aspirant and convener of ‘YesWeFit
Revolutionary Movement’, in an interview with our correspondent, however
shed more light on why the plan collapsed.

He said, “Nigerians are tired of seeing the same old recycled faces,
being repackaged and relabelled each time elections draw near. They
truly desire to see a set of new breeds take over governance and redeem
the country from our present predicament.

“Unfortunately, ego and selfishness made some of us drop off the table.
Even some of us who followed through to the end pulled out and started
crying ‘foul’ when the process didn’t favour them and produced Fela
Durotoye.”

But in his own contribution, a former federal lawmaker and legal
practitioner, Dr Ehiogie West-Idahosa, identified poverty, insecurity,
and the interferences of government agencies in the electoral process,
as issues that would determine where the pendulum will swing in the
February 16 presidential poll.

He said, “Top on the list would be the pervasive poverty that the
country is faced with. The uncommon insecurity situation in Nigeria is
another factor that is evident.

“Above all these, the presidential election would be largely determined
by the possible meddlesomeness of government institutions and agencies
in the electoral process. If they interfere partially as many fear, then
the likelihood of any real election taking place would be minimal.”

Meanwhile, the lawmaker representing Okitipupa/Irele Federal
Constituency in the House of Representatives, Mr Mike Omogbehin, told
our correspondent that the presidential candidate with the most
committed foot soldiers across the country would win the presidential
election.

Omogbehin said, “It is a known fact that Nigerians are complaining about
the two main political parties but whether we like it or not, the
electorate would still queue behind them on election day.

“As for me, the presidential candidate with the most committed and
reliable local leaders would win at the end of the day. Politics is
local. The electorate doesn’t know Buhari or Atiku. They only know their
local leaders and they will do according to his directives.”

The General Overseer of the New Life Evangelical Mission in Lagos,
Pastor Samson Emmanuel, said the roles of religious leaders would also
be a major issue in determining the next President of Nigeria because
they have considerable influence on their large followership.

“I don’t really know why this is so but I believe that politics has
crept into our religious organisations and Nigerians would definitely
vote along religious lines despite the fact that the two main candidates
are Muslims,” he said. 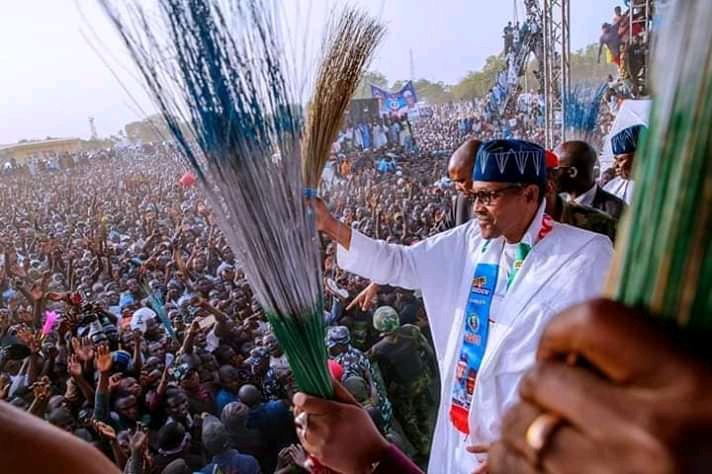 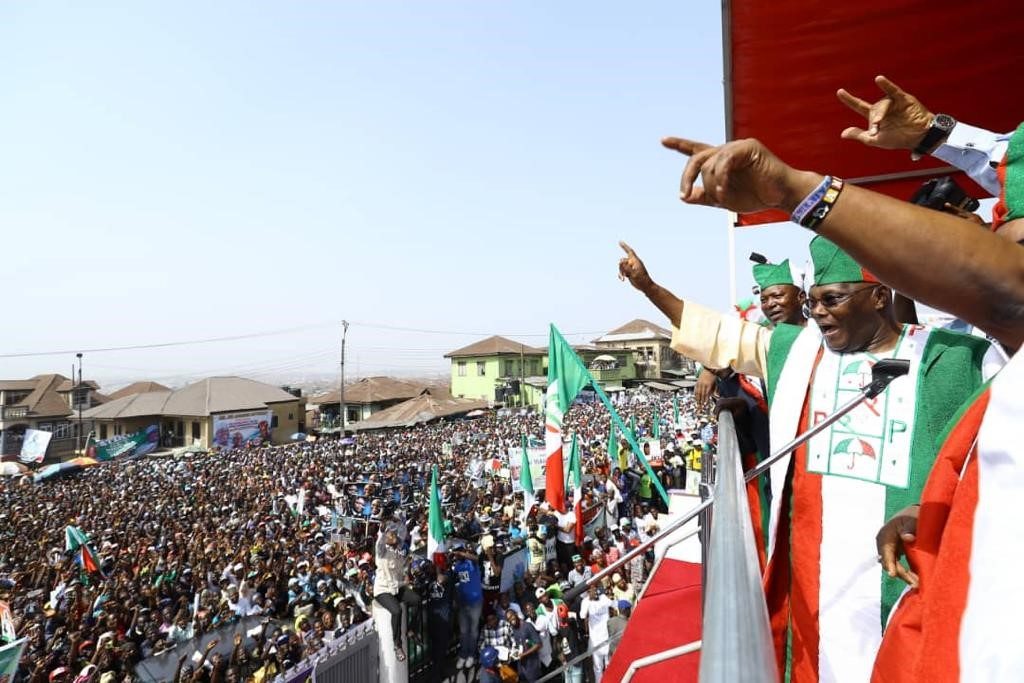 The leader of the South-East caucus in the National Assembly, Senator
Enyinnaya Abaribe, said that the use of security and military personnel
to intimidate voters on the day of election could be a major factor that
would influence the outcome of the presidential poll.

The presidential candidate of Mass Action Joint Alliance, Prof Funmilayo
Adesanya-Davies, told The Punch that issues that would determine
Nigeria’s next President are power of incumbency, quality of candidates,
preparations, people and prospects, and the readiness and influence of
the Independent National Electoral Commission (INEC).

Others, according to her, are geopolitical zone factor, intra party
politics, major party players, the third force, number of candidates,
state of economy (recession), state of security, social issues,
religious factor, corruption, failure of ruling party, the coalition of
united political parties, fundraising, the gender card, and most
importantly but, but not the least is the God factor.