Obasanjo: Atiku Will Be President For All, He’s Better Than Buhari 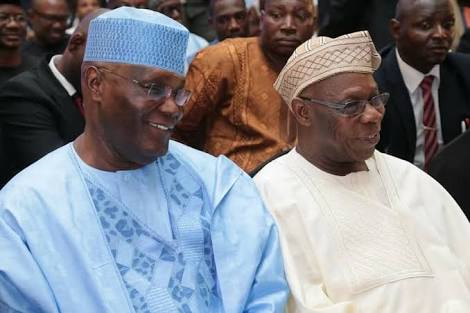 Former President Olusegun Obasanjo has said the presidential candidate
of the Peoples Democratic Party, Atiku Abubakar will be a president for
all Nigerians unlike the incumbent President Muhammadu Buhari. He also
said that as a president, he never embarked on a 104-day medical
vacation.

He added that the Presidential Candidate of the Peoples Democratic Party, Atiku Abubakar, was a better leader than Buhari.

Obasanjo, while taking a swipe at those who said he did not trust Atiku
during his tenure, said no Nigerian vice-president acted in the stead of
his principal more than the PDP candidate.

He spoke on Wednesday at the Lagos Island Club Quarterly Business
Lecture, where he was a guest speaker. Atiku also delivered an address
at the event.

The former President said Atiku presided over several Federal Executive
Council meetings during his administration from 1999 to 2007.

Obasanjo said many did not notice because he was not like Buhari who
went on medical vacation for 104 days and appointed “Vice-President Yemi
Osinbajo as acting President.”

He said, “One of the most ridiculous claims I have heard on these issues
is that I did not give Atiku chance to preside over the Federal
Executive Council because I did not trust him.

“That is not correct because he had occasions to preside on a few times
that I was out of the country. On those occasions he was in charge of
the Federal Executive Council meetings and no Nigerian chief executive
has devolved power to his deputy as much as I did to Atiku.

“I did not need to designate him acting President because the
constitution is clear; once the President is not available, the
vice-president automatically acts with full powers.

“But since I was not absent from home for 104 days at a time, people may
not know that Atiku actually stood in for me whenever I was out (of the
country).

Obasanjo added that the country was divided because Buhari said only those who voted for him would enjoy government’s patronage.

“Atiku has done one thing which is necessary for a leader to be believed
or followed. He made mistakes and accepted his mistakes and asked for
forgiveness. I forgave and I am sure Nigerians will do their part by
voting for him. A leader should be susceptible to mistakes. When you
have corruption under your nose and you are busy preaching against
corruption. Atiku had not claimed to be a saint and I did not describe
him as such. He has accepted his mistakes and that is what a good leader
should do and not look for someone to pass the bulk to.

“I have been called names because of my position on Atiku Abubakar, the
Waziri Adamawa. Everything I have said as far as I have knowledge of
Atiku, I have not retracted and I stand firmly by them because they are
to the best of my knowledge true. And neither has what I have said and
written about Buhari been controverted. If anything, they have been
confirmed and proved beyond any shadow of doubt.

“But Atiku has done three things which are absolutely imperative for a
leader. First, know who you are and present yourself as you are – a
human being in blood and flesh and susceptible to human mistakes and
human frailties. Don’t cover up with sanctimonious veneer of bogus
integrity, goodness and false figures and statistics, all of which are
contrived to deceive and to destroy,” he added.

Atiku, while criticising Buhari for the suspension of the President of
the National Judicial Council, Justice Walter Onnoghen, promised to
resolve the economic challenges of the country.

He lamented that more than 21 million Nigerians, mostly youths, were
without jobs, blaming the problem on the present government. 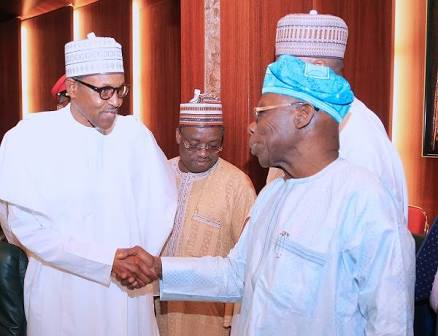 Atiku said, “The lesson we all learn from the success stories of
countries such as South Korea, Malaysia, Singapore, and People’s
Republic of China is that economic development does not happen by
accident. Their experience teaches that to be successful, economic
reforms require a progressive and forward-looking government that has
the capacity to craft a coherent vision and to develop coherent policies
that will actualise its vision.

“I have faith in the capacity of Nigeria to make a quantum leap from
third world to first. We have the human and material resources required
to make the leap.”