INEC Replies PDP, Others: We Won’t Remove Amina Zakari From Collation Of Results 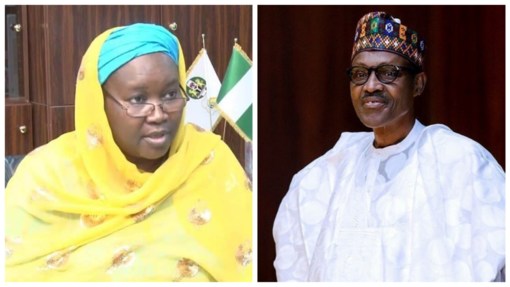 Independent National Electoral Commission (INEC) yesterday declared that
it would not drop Hajiya Amina Zakari as Chairperson of the 2019
Elections Results Collation Committee. It said that contrary to fears in
some quarters, Mrs. Zakari who is alleged to be a niece to the
President will have nothing to do with the collation of the presidential
poll results.

It said by law, INEC Chairman, Prof. Mahmud Yakubu is

the Chief Electoral Commissioner and Returning Officer for the
Presidential Election. Yakubu, according to the commission, cannot and
will not delegate his responsibility as the Returning Officer to anyone
no matter the circumstance. The position of INEC was made known by its
Director of Voter Education and Publicity, Mr. Oluwole OsazeUzzi in an
interview with our correspondent.

“We cannot and we won’t drop Amina Zakari as the chairperson of the
Collation Centre Management Committee. She is only in charge of a
committee to prepare the facility for the collation of results,”
Osaze-Uzzi said. “She was also very involved in negotiating with the ICC
management in 2015 for the use of the facility so her duty is to ensure
the facility is ready.

She has no role whatsoever with the process of collation of results.
“The job of the chairperson and other members is to make sure that the
centre is conducive with internet access for INEC officials,
representatives of political parties, international and local observers.
“The committee has nothing to do with the process of compiling results.
They are just blowing the scope of the committee out of proportion.
It’s a needless controversy; not an issue at all.”

Responding to a question, Osaze-Uzzi said: “By law, the Chairman of
INEC, Prof. Mahmud Yakubu will superintend over the collation of
results. He cannot assign the responsibility and he has not assigned the
responsibility to anybody. “He is going to be in charge of collation of
results. It is he who decides the validity of votes and any issues in
the election as the Returning Officer.”

“INEC wants to reassure Nigerians that its chairman as the Chief
Electoral Officers will be assisted by trusted Nigerians who he will
appoint as collation officers in all the states.” Another source in INEC
said: “Sections 27 and 28(2) of the Electoral Act spell out the
collation and announcement of results and no single individual can
hijack it. “In fact, those in charge of the elections are even expected
to swear to an oath that they will be fair to all. “I think we should be
careful in reading meanings and giving political colouration into every
activity of INEC. Parties ought to be well-informed than other
stakeholders.”

Moments after INEC announced the inauguration of the Zakari-led
committee and the Electoral Logistics headed by Air Vice Marshal Tijjani
Mu’azu (retd.) on Thursday, the PDP had called a press conference in
Abuja vehemently rejecting the role assigned to Mrs. Zakari.

National Publicity Secretary of the PDP, Kola Ologbondiyan, said her
appointment could not stand because “she is President Muhammadu Buhari’s
blood relation.”

Ologbondiyan said such an appointment would assist Buhari, the APC and
INEC to rig the presidential election. He also said it could fuel
violence and harm Nigeria’s democracy. He asked the INEC chairman to
rescind the appointment.

Ologbondiyan had said: “Today, we have been informed that Yakubu,
apparently in furtherance of the plots to rig the presidential election,
has appointed Mrs Amina Zakari, a blood relation (niece) of the APC
candidate, President Muhammadu Buhari, as the chairperson of INEC
Advisory Committee and Presidential Election Collation Centre
Committee. 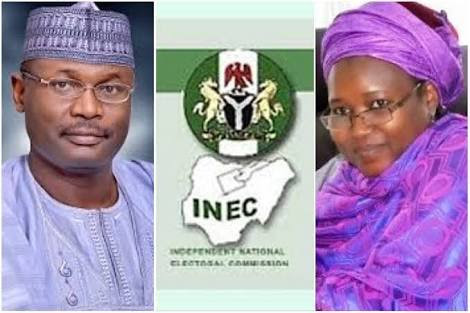 “The PDP Presidential Campaign Organisation vehemently and unequivocally
rejects, in its entirety, the appointment of Mrs Amina Zakari,
President Buhari’s blood relation, as the head of the collation of
results, in the same election in which his uncle, President Buhari, as a
candidate, has displayed a huge desperation to win.

“The appointment of Zakari, who had been openly accused in various
quarters as being the link person between INEC and the Buhari Presidency
in their schemes to rig the election for President Buhari, constitutes a
direct violence against the presidential election and the PDP will not,
in any way, whatsoever, accept it.”

Peter Obi Speaks: This Election Is Between Light & Darkness