Amaechi’s Leak Tapes: Oshiomhole Reacts To His Revelations On Buhari 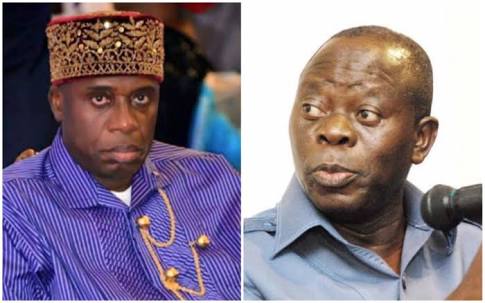 The National Chairman of the All Progressives Congress, APC, Comrade
Adams Oshiomhole, has reacted to the leaked audio tape making the rounds
about the Minister of Transportation, Chibuike Amaechi criticising
President Muhammadu Buhari.

The party chairman claims the position held by the former governor of
Rivers State in the APC is causing the opposition sleepless nights.

In a tweet on Monday via his official Twitter handle, @A_Oshiomhole, the
former Governor of Edo State asked those circulating such information
to do more.

“For the avoidance of doubt, Buhari taking us to the #NextLevel is non negotiable.

“And truth is, we have even more than #44reasonstoreelectbuhari. No alternative.” 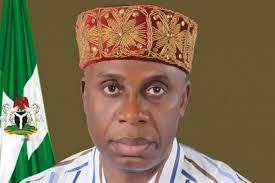 Recall that Amaechi was allegedly caught on tape portraying President
Buhari as a dismal failure who has been unable to meet the expectations
of various segments of the society, saying he doesn’t listen to anyone.