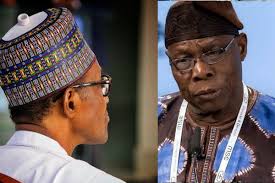 Whenever Chief Olusegun Obasanjo speaks, the world listens. That is why
he’s not shy about making his opinion known about critical issues
affecting the country.

Here are some top points in his latest strong letter;

ON INEC
1. “Democracy becomes a sham if elections are carried out by people who
should be impartial and neutral umpires, but who show no integrity…”

2. “The transmission and collation of results are subject to
interference, manipulation and meddling. If the INEC’s favourite
political party wins with all the above infractions, the result will be
conclusively declared and if not, there will be a ‘rerun’.”

3. “The track record of the present INEC is fairly sordid and all men
and women of goodwill and believers in democracy must be prepared for
the worst from INEC and their encouragers…”

4. “Amina Zakari has become too controversial a figure to be able to
give assurance of free, fair and credible election for INEC.”

5. “A judge does not sit in judgement over a case once he or she becomes
a cause for controversy… Madam Amina Zakari should, in honour, stay
out and not be seen as a source of contamination of the election.”

6. “Amina Zakari is not the only Commissioner that can be in the
Collation Centre. Let the INEC Chairman act boldly and impartially and
prove his absolute neutrality and responsiveness…”

ON BUHARI
7. “Some men of God would hold President Buhari to his word on free,
fair, credible and peaceful elections. I am a realist… I am not
persuaded by a track record of hollow words, impunity, insensitivity and
‘I-couldn’t-care-less’ attitude.”

8. “It is no use, at this juncture, to keep lamenting about the failure,
incompetence, divisiveness, nepotism, encouragement and condonation of
corruption by Buhari administration…”

10. “President Buhari and his hatchet men in the coming election think
that the judiciary must be primed in their favour. Hence, the Chief
Justice of Nigeria… has been harassed and prosecuted…”

11. “President Buhari and his people believe no stone should be left
unturned to rig Buhari in. It seems to be a ploy to intimidate the
judiciary as a whole in preparation for all election cases that will go
before them.”

12. “Buhari has succeeded in deceiving us the first time and we will be
fools to allow ourselves to be deceived the second time.”

13. “Even when figures, facts and statistics are made clear to Buhari,
he keeps repeating what is untrue, either because he cannot understand
or for mischief purposes and that places him on the level of a
pathological liar.”

14. “[Buhari] believes he can get away with impunity and deceit as he seems to have done on many occasions in the past.”

15. “Bola Tinubu’s statement about Muhammadu Buhari in 2003 is fairly
prophetic, “Muhammadu Buhari is an agent of destabilisation, ethnic
bigot and religious fanatic who, if given the chance, would ensure the
disintegration of the country. His ethnocentrism would jeopardise
Nigeria’s national unity”.”

16. “Buhari’s watch can be likened to what we witnessed under Gen. Sani
Abacha in many ways. When Abacha decided that he must install himself as
Nigerian President by all means and at all costs, he went for broke and
surrounded himself with hatchet men who on his order and in his
interest and at high costs to Nigeria and Nigerians maimed, tortured and
killed for Abacha.”

17. “…we have heard of how Buhari and his party are going about his
own self-succession project. They have started recruiting collation
officers who are already awarding results based on their projects to
actualise the perpetuation agenda…”

18. Buhari’s “henchmen are working round the clock in cahoots with
security and election officials to perfect their plan by computing
results right from the ward to local government, state and national
levels to allot him what will look like a landslide victory irrespective
of the true situation…”

19. “The current plan is to drape the pre-determined results with a toga
of credibility. It is also planned that violence of unimaginable
proportion will be unleashed in high voting population areas across the
country to precipitate re-run elections and where [Buhari] will be
returned duly elected after concentration of security…”

20. “Buhari’s scheme bears eloquent testimony to this road similar to
Abacha whom he has praised to high heavens and as an arch-supporter and
beneficiary from Abacha, he has seen nothing wrong done by him. “

21. “It is clear from all indications that Buhari is putting into
practice the lessons he learned from Abacha. Buhari has intimidated and
harassed the private sector, attacked the National Assembly and now
unconstitutionally and recklessly attacked and intimidated the Judiciary
to cow them to submission.”

ON OSINBAJO
22. “Osinbajo must have gone for, “if you can’t beat them, join them”. A
great pity indeed and which makes people ask the questions, “Any hope?”

23. “Osinbajo has shown the human weakness and proved the saying that
the corruption of the best is the worst form of corruption.”

24. “What is the connection between taking the number of PVC of the
‘traders’ and the forthcoming election? There is something sinister
about it, and Professor Osinbajo, of all people, should know that.” 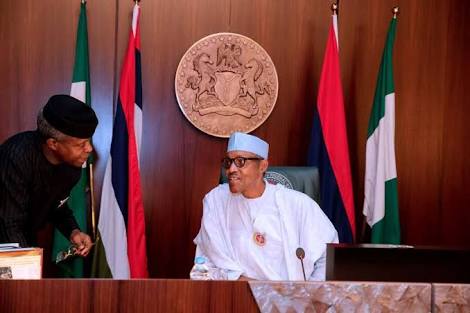 ON DEMOCRACY
25. “This is a time for vigilance to fight to safeguard our votes and
defend our democracy. The price of liberty and sustenance of our
democracy is eternal vigilance and appropriate reaction to ward off
iniquities… We must all be ready to pay that price and not relying on
hollow words of callousness. The derailment of Nigerian democracy will
be a monumental disaster comparable to the disaster of the Nigerian
first military coup…Nigeria must not be allowed to slip off the
democratic path nor go into anarchy and ruin. No individual nor group
has monopoly of violence or gangsterism…”

MY LIFE, MY REGRET, MY CROSS (PART ONE)