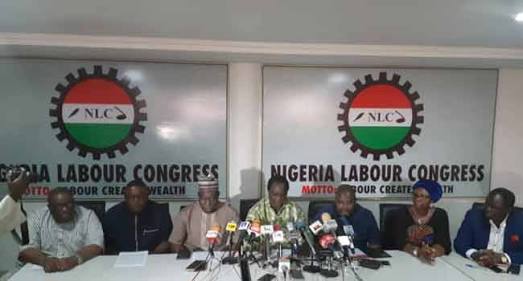 The delay in forwarding a bill to the National Assembly on the new
minimum wage by the federal government is a demonstration of
insensitivity to the plights of workers, the Nigeria Labour Congress
(NLC) has stated.

The Congress also condemned what it described as sustained deployment of
brute force by political office holders to harass, hound and victimise
workers and labour leaders.

Such actions, it said, will no longer to acceptable to workers.

Rising from the National Executive Council meeting, the Congress said it
planned to embark on sensitisation of workers beginning from January 8,
especially against governors in the habit of not paying salaries.

In a communique signed by the President and General Secretary of
Congress, Comrade Ayuba Wabba and Dr. Peter Ozo-Eson, the Congress said:
“The continued delay by the Federal Government to transmit the Bill of
the new national minimum wage to the National Assembly for enactment
into law is unacceptable.

“This leisurely conduct of serious state affairs is even after the
National Assembly had passed a Resolution urging the President and the
Executive branch of government to transmit the new national minimum wage
amendment bill to it for consideration and passage into law.

“The NEC expressed total dissatisfaction with the consequential delay
and unacceptable lethargy in the process of regularizing and
implementing the new national minimum wage of N30,000.

“The calculated inaction of the Federal Government is a demonstration of
acute insensitivity to the plight of Nigerian workers, their families
and ordinary citizens.”

The Congress particularly took strong exceptions to the unrelenting
attitude of the Ogun State Government to frustrate efforts to peacefully
reinstate NLC chairman in Ogun State, Comrade Akeem Ambali, who was
sacked in the middle of a 2016 strike action to protest injustice
against Ogun State workers.

“The Comrade has been made to suffer unfair treatment for nearly two
years on account of the performance of his legitimate duties.

“This ugly situation has persisted despite repeated emissaries sent to
the Ogun State Governor to reconsider his unsupportable position on the
issue.

“The entrenched insensitivity by some state governments and other
political office holders to the plight of workers and pensioners
especially in the States owing several months of salary arrears, unpaid
pension and gratuity of retired workers. 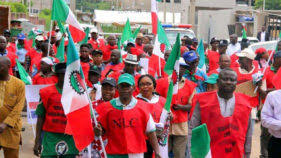 “It is most unfortunate that many of the governors diverted a
significant part of the bailout funds and the Paris Club Refund
initiatives meant to offset salaries, pension and gratuity owed workers
and pensioners for purposes of personal aggrandisement and to fund
non-impactful frivolous programmes and projects…”

Apply for Scholarship into Program in Economic and Public Policy (PEPP) of the University of Tsukuba, Japan!

Nobody Can Stop Me From Contesting For President In 2023 – Okorocha