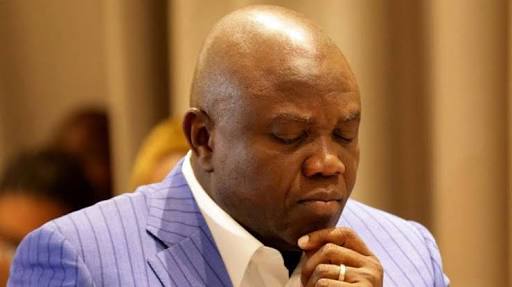 Governor Akinwunmi Ambode of Lagos will be the first governor in Lagos
State since 2007 to miss out on a mansion in Abuja after leaving office,
The Punch’s investigation has revealed.

The Public Office Holder
(Payment of Pension) Law No 11 official Gazette of Lagos State, 2007
states that former governors of Lagos State are entitled to a house in
Lagos and Abuja in any location of their choice.

Following his loss to
Babajide Sanwo-Olu at the All Progressives Congress governorship
primary in October, Ambode will not be returning to the Alausa
Governor’s Office on May 29, 2019.

The state government has built houses for former governors of the state in Lagos and Abuja in line with the law.

A house was bought for Asiwaju Bola Tinubu in Ikoyi and the Asokoro area of Abuja next to the Lagos State Governor’s Lodge.

Although
no actual figure was placed on how much the houses procured would cost,
The Punch learnt that to build or buy houses for former governors of
Lagos would cost between N500m and N1bn.

For instance, the
construction of a “section” of the house of the immediate past Deputy
Governor, Adejoke Orelope-Adefulire, on 15 Cameron Drive, Ikoyi, costs
the state N329,929,551, according to the Lagos State budget of 2014,
which was obtained by The Punch.

However, Ambode will be entitled
to other fringe benefits which comprise a house in any location in
Lagos State, six brand new cars every three years, 100 percent of the
basic salary of the serving governor, (N7.7m per annum) free health care
for himself and members of his family.

The law
adds that a former governor is entitled to domestic workers comprising a
cook, a steward, a gardener and others whose appointments are
pensionable.

A former governor will be entitled to eight
policemen and two officials of the Department of State Services for
life, according to the Lagos law.

However, any governor of the
state will miss out on all the goodies if he is removed from office by
the Lagos State House of Assembly.

Ambode, on Monday, formally
endorsed Sanwo-Olu and his deputy, Dr Obafemi Hamzat, as the Lagos
State’s APC standard bearers for the 2019 governorship election.

He
urged those still aggrieved with the fallout of the primaries of the
party to follow his example, and accept the party’s supremacy. 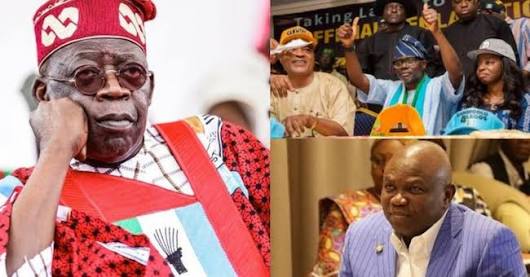 Speaking with The Punch on phone, the Executive Director, Socio-Economic
Rights and Accountability Project, Adetokunbo Mumuni, said it was
immoral for former governors to be given life pensions.

He noted
that the Revenue Mobilisation Allocation and Fiscal Commission had
approved payment of 300 percent of basic salary as severance allowances
(N6.6m) for political office holders on leaving office.

He said, “The fact that you become a governor of a state should not make you entitled to all those mind-boggling emoluments.”