102-Year-Old Woman Becomes Oldest Skydiver, Flies Down From The Sky On Birthday —Photos 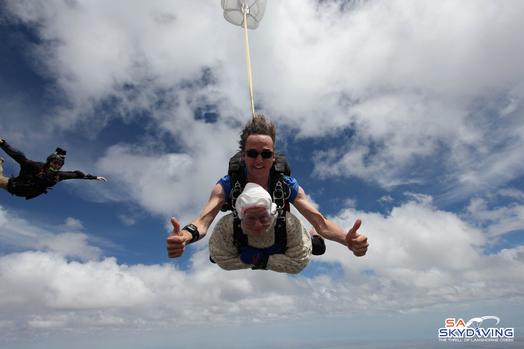 A woman has stunned the world by the becoming the oldest person ever to
skydive at the really old age of 102. She celebrated her birthday by
leaping out of a plane 14,000 feet in the air.

This is
O’Shea’s third time partaking in the daring activity with SA Skydiving,
which describes the Australian woman as “an absolute joy to have in the
drop zone.”


On Dec. 9, O’Shea and her three-time instructor boarded a plane for
takeoff. After going over the safety measures, the two completed a
“smooth, beautiful freefall” that ended with a “perfect” landing near
excited friends and family.

Fox News reports that when a local news station asked O’Shea about being an adrenaline junkie, she replied, “As far as I’m concerned I’m the same as everyone else, just a normal person.” 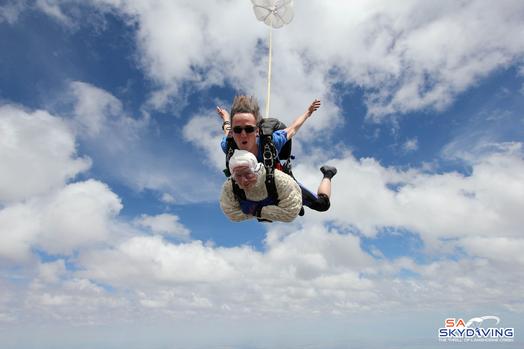 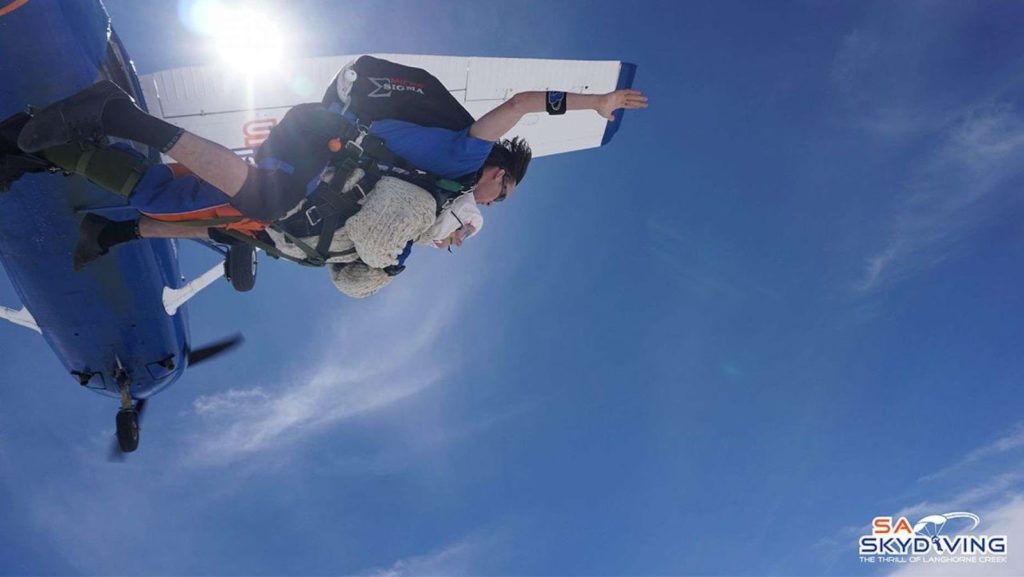 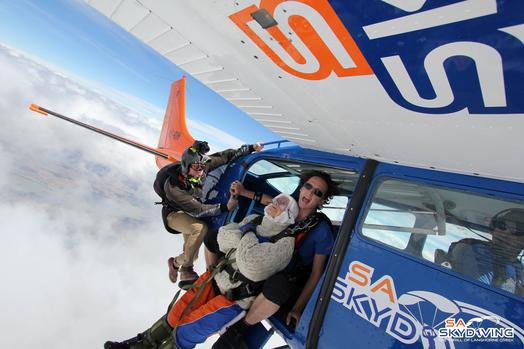 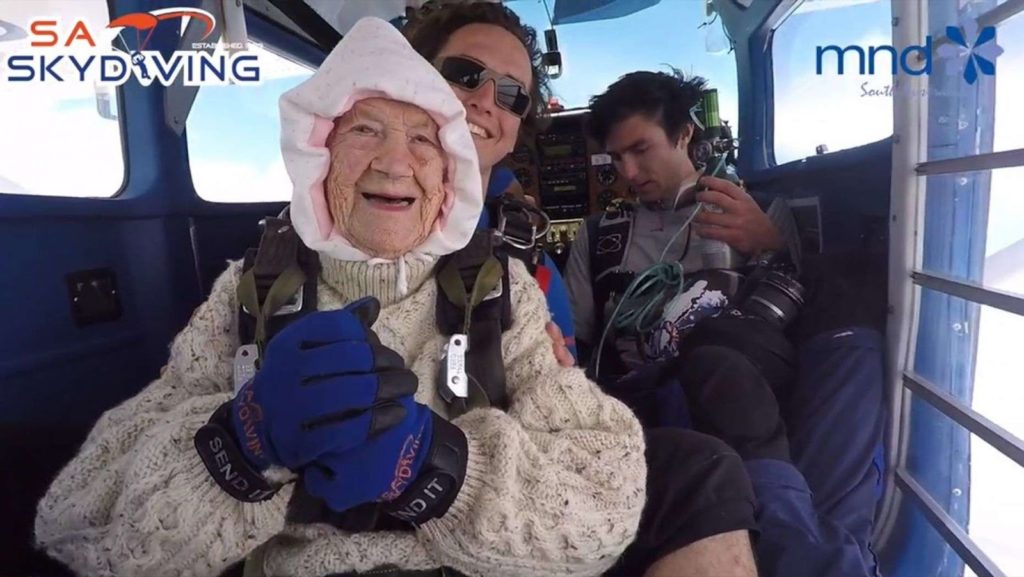 While O’Shea might be the current record holder, she certainly isn’t the
first person to celebrate a milestone birthday with such an adventurous
activity. When Michigan woman Dottie Sambiagio turned 90 in August, she
was inspired to follow in George H. W Bush’s footsteps and take the
plunge, literally, by going skydiving. She described the experience as
“wonderful.”
Tags: EntertainmentLifestyle
ShareTweetSendShareSend
Previous Post