Atiku to Buhari: “Your Next Level Full Of Promises With No Clear Policy” 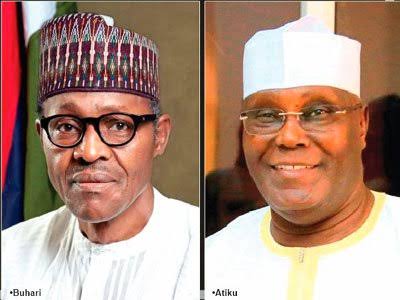 The Atiku campaign group, in a statement yesterday, raised issues about
promises made by the President and his party during the 2015
electioneering campaign but which they said had not been fulfilled.

The statement said: “Reading through the presentation, we note that it
is very vague on policy and very big on promises. Promises are cheap.
Anyone can make promises and, indeed, President Muhammadu Buhari and the
APC did make quite a number of promises which they either denied or did
not fulfil, such as the promise to create 3 million jobs per annum and
to equalise the value of the Naira with the dollar.

“However, policies are the plans and roadmaps that will be used to
achieve those promises. Promises made without policies are like a house
without a foundation, they will fall. And we have seen proof of that in
Nigeria in the last three years.

“Without a concrete policy, these ‘next level’ promises are nothing more
than next level propaganda. We counsel the Buhari campaign that the
time for propaganda has gone and Nigerians are now interested in proper
agenda.”

The Atiku group said the feedback received from Nigerians on Buhari’s
policies was one of alarm, adding that in last three and a half years of
the administration, Nigeria was officially named as the world
headquarters for extreme poverty.

“Nigerians are asking if this administration is planning ‘next level’
poverty for them”, Atiku said, adding that, under this government, 11
million Nigerians have lost their jobs.

This, the campaign said, has driven the administration into panic mode,
as it has refused to fund the National Bureau of Statistics to release
the latest unemployment numbers.

Continuing, the Atiku group said, “Nigerians are asking if this administration is planning ‘next level’ unemployment for them?

“Under Buhari, the value of the Naira has been so devalued that
Bloomberg rated the Naira as the worst performing currency on earth. The
nation wants to know if this government plans ‘next level’ devaluation
of the Naira for them?

“In 2018, Transparency International announced that Nigeria made her
worst ever retrogression in the Corruption Perception Index, moving 12
steps backwards from 136 under the Peoples Democratic Party to 144 under
Buhari. Nigerians are asking if this administration is planning ‘next
level’ corruption for them?”

The campaign office said the ‘next level’ launch was an anti-climax in
that it just exposed the fact that all that the Buhari government is
promising Nigerians is more of the same.

It stated that if the state of the average Nigerian has not improved in
the last three and a half years, more of the same was obviously not what
they needed.

“We, therefore, urge Nigerians not to lose hope, but to await the launch
of the policies, plans and programme of former Vice President Atiku
Abubakar to Get Nigeria Working Again.

“Remember those who fail to plan, plan to fail. Atiku has a plan. Atiku
means jobs and at 12 noon on Monday, November 19, 2018, you will hear
from the man with the plan,” the statement added.

President Jonathan Arrives Venue Of His Book Launch Amid Ovation