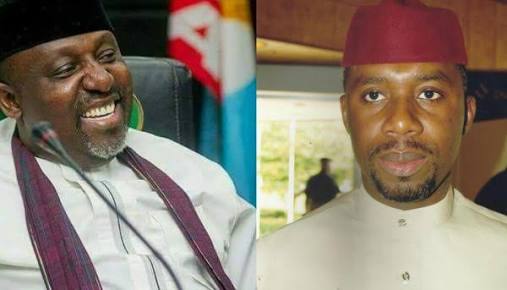 In what appeared a subtle threat to some of its aggrieved governors and
their proxies, the ruling All Progressives Congress APC has threatened
to activate constitutional provisions regarding the several court
actions instituted against it as a result of the outcome of its recent
nationwide congresses.

Vanguard learned the decision was taken at Monday’s meeting of the National Working Committee NWC of the party.

Confirming
the development in a statement, Monday night, National Publicity
Secretary of the party, Lanre Issa-Onilu said the NWC “frowned at the
actions of some Party members who have resorted to litigation as a way
of addressing their perceived grievances and disputation without
exhausting the party’s dispute resolution mechanism”.

In Imo
state, a son in law to the governor, Uche Nwosu had instituted a court
cade against the party as part of measures to retrieve what he described
as his “stolen” governorship candidacy.

In Zamfara and a handful
of other states, high-profile members of the party had also instituted
several court cases against the party.

The party has now warned against the growing trend which it described as “manifest indiscipline”.

“The actions, it should be noted, is considered as anti-party as it goes against our Party’s constitution.

“For
emphasis, according to Article 20, Subsection 10 of our Party’s
Constitution, offences against the Party include the following: ‘Filing
an action in a Court of Law against the Party or any of its Officers on
any matters relating to the discharge of the duties of the Party without
first exhausting all avenues for redress provided for in this
Constitution.’

“The Party intends to activate constitutional
provisions to penalise such members as their action is capable of
undermining the party and hurt the Party’s interest.

“We hereby
strongly advise such members to withdraw all court cases, while
approaching the appropriate party organs with a view to resolving any
outstanding disputes. In addition to this, aggrieved members are urged
to take full advantage of the reconciliation committees the party has
just put in place.

“APC members should understand that as a
progressive party that operates on the principle of change, it is not a
matter of choice to keep to the rules.

“We therefore advise such
members to take this warning very seriously as failure to comply with
the party’s dispute resolution procedures would be met with the
stipulated disciplinary actions”, the party warned.

The NWC has also set up reconciliation committees to interface with all aggrieved elements in the party.

The
committees were set up on geopolitical basis with seven members each,
including governors elected on the platform of the party. Three
aggrieved governors, Rochas Okorocha of Imo, Ibikunle Amosun of Ogun and
Abdulaziz Yari of Zamfara were however excluded from the committees.

The mandate of the committees is simply to reconcile aggrieved
parties and not to recommend the alteration of the candidates’ lists.

Briefing
journalists at the end of the meeting, National Chairman of the party,
Adams Oshiomhole took a swipe at the Presidential candidate of the
Peoples Democratic Party PDP, Atiku Abubakar for promising three million
jobs per year, querying why he did not do that when he was part of the
presidency.

“If you say you are going to create ten million jobs
you have to tell us why when you were in government, you could not do
that. By the time that government was out, we had lost Michelin, Dunlop
closed down, the entire textile industry closed down. We were witnesses
to the unprecedented levels of industrial obituaries. Factories were
closing one after the other just at the time the then PDP government
promised to create more jobs. These are issues we really want to engage.
It will be every interesting to play back what people are saying”, he
said.

On Senate President Bukola Saraki, he said; “For me even
more outstanding is the humiliating defeat Saraki suffered in the hands
of Kwara people who are determined to dismantle the saraki failed
attempt to install his own variance of a political culture of which he
is the only constant decimal.

“I think the good people of kwara
state have dealt him a big blow as the proclaim leader of the opposition
PDP and he has had to lead the campaigns to so many other places. Now
here is a native doctor who was busy going to other states now unable to
heal his own people. That defeat in kwara state as far as we are
concerned particularly by person he did not put in place to stand
election means a lot to us.

“We are not going to accept a
Nigerian variant where a minority party preside over the affairs of the
national assembly whether as dictated by Bukola Saraki as represented by
Yakubu Dogara in the House of Representatives of the PDP because it is
not right.

“In his own case what the people of Kwara have done to
him is that they are going to politically bury him come February next
year and he has seen the first warning.

“I am sure Saraki would be politically retired by the good people of
Kwara that he has mismanaged their economic and political rights over
the years. So I am very excited about that and we think that this is
something worth celebrating and we took time to celebrate it today,” he
said.

Soyinka, Others Insist On Restructuring