This was disclosed by the General Officer
Commanding 82 Division NA, Major General Emmanuel Kabuk after a courtesy
visit to Innoson Motors/Vehicles Manufacturing Plant at Nnewi, Anambra
State on Friday the 5th of October 2018.

The GOC was received and
conducted round the Plant by the Founder and Chairman of the company,
Chief Dr Innoson Chukwuma and some of the top management staff.

The
GOC while at the company headquarters, demanded to know the progress
done so far in the manufacture of the 29 modern hilux vehicles ordered
for by the NA, for the recently promoted NA, AWO. The GOC also demanded
to know when the vehicles will be ready and what will be the maintenance
plan when they are finally delivered to the NA.

In his response, Dr Innoson assured the NA that the vehicles will be ready in the next 2 weeks.

He
also promised that his company is ready to accommodate, train and feed
ten (10) NA technicians in the factory so as to prepare them to handle
timely and effective maintenance of the vehicles in the NA. Dr Innocent
Chukwuma thanked the Chief of Army Staff for the patronage so far. He
added that he looks forward to more effective collaboration between his
company and the Nigerian Army. 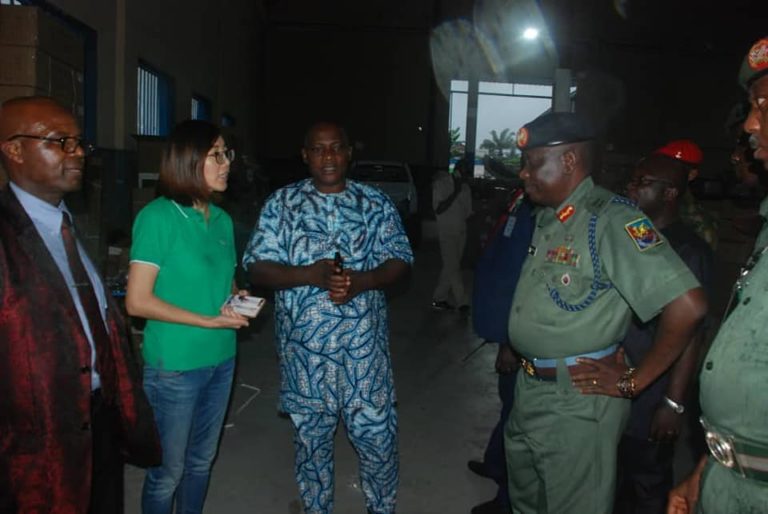 The Commander 302 Artillery Regiment Onitsha, Commanders of 82 Military
Intelligence Brigade and 82 Division Provost Group as well as the Deputy
Director Public Relations 82 Division accompanied the GOC during the
visit.

Man Who Lived In US For 34 Years Completes His NYSC At 54; went to school with Osinbajo