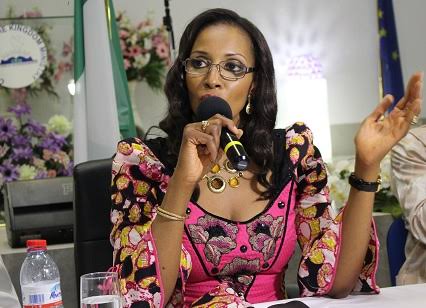 Bianca Ojukwu will on Wednesday face two billionaires, Ifeanyi Ubah and
Nicholas Ukachukwu in the senatorial primary of the All Progressives
Grand Alliance (APGA) for Anambra South district.

Other big names in the race are,

The Punch investigations revealed that her rivals had vowed not to
step down for her despite entreaties by the APGA leadership for them to
do so in honour of Ojukwu who mentored the party for over a decade.

Ubah
and Ukachukwu told journalists that they were prepared for the party
primary, dismissing the possibility of stepping down for Bianca.

Their
reaction followed rumours that the governor, Willie Obiano, and some
leaders of the party, had prevailed on them to step-down for Ojukwu’s
widow.

A chieftain of APGA who spoke to The Punch on condition of
anonymity said, “The two billionaires have vowed to fight it out with
the ex-Biafra warlord’s widow.”

Ubah had on Saturday reportedly
published a video on the Internet in which he claimed that the state
governor allegedly promised him the senatorial seat of Anambra South
senatorial district in the buildup to Obiano’s second term election in
November 2017.

When contacted on the phone, Ubah simply said he
was ready for the primary election, stating that the party had already
assured aspirants of a free and fair primary.

He said, “We are
preparing for the election and I am ready to go for the primary of my
party. The party never told us that it has a preferred candidate so the
issue of stepping down for anybody does not arise. But I won’t tell you
(if) the governor asked me to step down for anybody or not.”

Reasons Why God May Not Answer Your Prayer

2019: Those Who Will Determine PDP Presidential Candidate