Must-see Historical Buildings When You Travel Around Nigeria 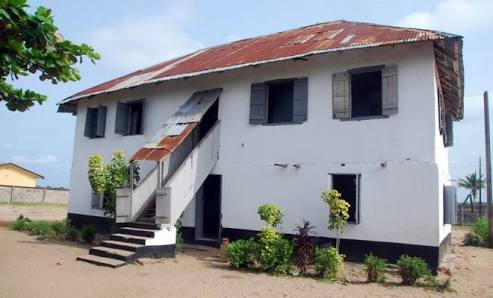 Many people rarely consider adding visits to historical buildings to
their itinerary when they travel. Such visits can help them expand their
knowledge and can also be a great way to reinforce lessons. Some of
these historical buildings have hands-on exhibits and tours which add to
the visitors’ experience. This said, Nigeria has no shortage of these
historic buildings, sites and landmark.

Jumia Travel highlights some of the historical buildings to visit.

Mary Slessor House, Calabar
Built in the late 19th century, the Mary Slessor House once housed the
iconic Scottish missionary Mary Slessor who was best known for stopping
the killing of twins in Calabar. Rather than reside among her colleagues
in the missionary quarters, she decided to stay among the Calabar
people. The result of that decision is the Mary Slessor House in Ekenge,
Calabar, which stands till today as a testament to her selfless service
and courage.
First Presbyterian Church, Calabar
Calabar is an important tourist hub because of its proximity to the
Atlantic Ocean attracted attention from foreigners especially European
missionaries and colonialists. The First Presbyterian Church in Nigeria
was founded by Rev. Hope Masterton Waddell as early as 1846 and has
endured as a lasting legacy of missionary work in Nigeria. It is also a
wonderful place to visit.
Oba of Benin Palace, Edo
This ancient building was first constructed around the 13th century by
Oba Ewedo of Benin and later rebuilt by his successor, Oba Eweka II in
the 20th. This building is a symbol of the enduring legacies of one of
the most powerful traditional kingdoms in Nigeria and indeed West
Africa.
First Storey Building in Nigeria, Badagry
Widely reputed to be the first-storey building erected by foreigners in
Nigeria, this building was once used as a primary school by the
Methodist Church. Its foundations were laid by the famous missionary
Henry Townsend in 1842 and completed in 1845 by Rev. Bernard Freeman and
other notable missionaries. This historic building would later house
the first African C.M.S (Church Missionary Society) bishop, Samuel Ajayi
Crowther who translated the Bible from English to Yoruba.
Tags: InspirationNews
ShareTweetSendShareSend
Previous Post

Gbajabiamila Meets Man Whose Keke Has A Fan, Refreshments