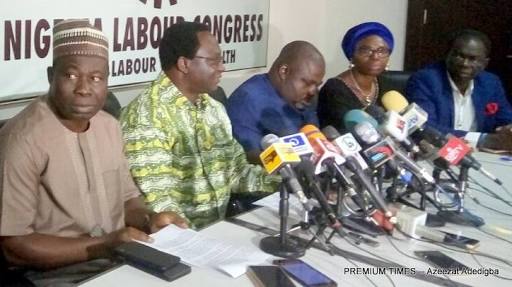 The Academic Staff Union of Universities (ASSU) may join the Nigeria
Labour Congress (NLC) in the ongoing industrial action. They have a
serious issue with the federal government.

The Owerri Zonal Coordinator of ASUU, Prof Uzo
Onyebinama, disclosed this at a press conference at the Nnamdi Azikiwe
University, Awka, Anambra State.

While debunking claim that the
strike was sponsored by the opposition parties, Onyebinama said the
reason of ASUU strike was as a result of the Federal Government’s
inability to fulfill the 2009 agreement with the union on the welfare of
its members.

His statement read in part, “You will recall that
the 2009 FGN —ASUU Agreement made provision for the re-negotiation of
the Agreement every three (3) years.

“As
we speak now, the renegotiation exercise has broken down since May 2018
(after 14months), due largely to the deliberate tactics adopted by the
leader of the Government Team, Dr. Wale Babalakin, to scuttle the
renegotiation, by jettisoning the principle of collective bargaining and
the gains of previous agreements, memorandum of understanding and
memorandum of action.

“In addition, the government team insisted
that education ought to be funded from ‘diverse sources’ and
consequently proposed the establishment of an Education Bank and a
Students’ Loan Scheme.”

The
union said it would be left with no other choice than to embark on an
industrial action if the contentious issues were not resolved.