Are The Youths Truly Ready For Leadership Or Just Ranting? 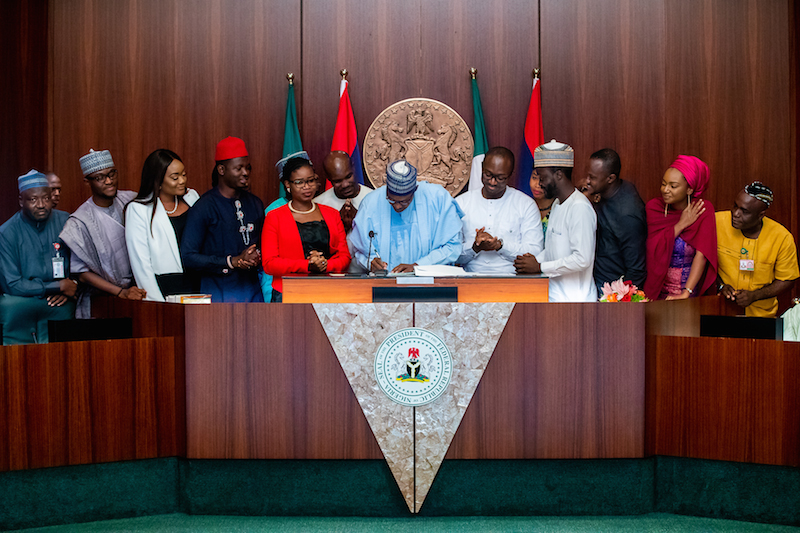 Written by Dele Momodu
Fellow Nigerians, let me start on a
personal note today by repeating a story you are probably familiar with.
Anyone who has followed my trajectory a bit would have heard this story
for the umpteenth time.

I moved to Lagos from the ancient city
of Ile-Ife in 1988 at the age of 28. I had spent most of my adult life
in the historic township but suddenly reached a dead end when I could
not even find a job of a teacher, with a Master’s degree in
Literature-in-English. All my friends had something to do except me.

It wasn’t that I was dull or lazy, but there was embargo on appointments and promotions in higher institutions at the time.

Let’s now fast forward. I started writing articles at the behest of
my best friend, Prince Adedamola Aderemi, who was teaching Law at the
Obafemi Awolowo University and my pieces soon ignited fire in the Sunday
Tribune and The Guardian and I became known here and there. Due to
joblessness, I was advised to try my luck elsewhere in Ibadan or Lagos.
My preference was to work at The Guardian newspapers, but I couldn’t
secure a job at Rutam House. I was then introduced by my late friend,
Onukaba Adinoyi-Ojo to the Editor of African Concord magazine, Lewis
Obi, who agreed to employ me instantly. But this is not the main story.
The meat of it is that I was reluctant to work at Concord Group, which
was owned by Chief Moshood Abiola. And my grouse was based totally on
unsubstantiated stereotyping and false stories that ignited raw
sentiment and foolish emotion in me.

Chief Abiola had been
demonised by several powerful forces. His major offence was his
opposition to Chief Obafemi Awolowo’s Presidential ambition in 1979, and
the role played by the Concord media conglomerate in not supporting a
man who was practically deified in Yorubaland. Abiola was thus seen to
have committed heresy and had to be nailed to the cross. But by far the
most potent and lethal attack came from the one and only irrepressible
Fela Anikulapo Kuti, who produced and released a monster hit,
International Thief Thief, in which he called Chief Abiola all manner of
unprintable names. I still don’t have details of what led to their
skirmishes.

Of course, as a Fela devotee, we never saw anything
good in Abiola thereafter, and we blocked our minds to ever liking a man
who we were told was an oppressor, a religious fanatic and a looter of
Nigeria’s wealth. We never bothered to crosscheck the facts or fiction
but we believed everything hook, line and sinker. Truth was I secretly
admired the man and wished I could be like him but hearsay made us
dislike him. It was hunger that saved me from hating a man I did not
know.

The first lesson I learnt was that hunger does not
discriminate. There is a Yoruba saying that “when you are hungry enough,
you will accept food from your enemy.” I was too hungry for a job
to have a choice, so I accepted the Concord offer most reluctantly but
with automatic alacrity. The second lesson came after I resumed work at
Concord. Contrary to the rumour that Chief Abiola was a religious bigot,
I discovered that he was too liberal to force his faith on anyone or
group.

He was totally detribalised and gave everyone his due.
The closer I got to him, the more I gained insight into one of the
greatest Nigerians that ever lived. I became a fan, and later his
adopted son. I decided to join hands with others to rescue his battered
reputation which were actually firmly rooted on the altar of politics
and personal squabbles. It was such an uphill task because negative
perception is often most difficult to change. But I thank God for the
uncommon opportunity to come close to Chief Abiola, a rare privilege
that made it possible for me to purge my mind and soul of acquired and
accumulated bile.

Since then, I have remained on the side of
caution and tolerance. Journalism has also taught me to mellow down my
temperament in dealing with people. I have imbibed the legal aphorisms
that you must always listen to the other side and that a man is innocent
until proven guilty. Moreover, I have been able to differentiate
between my routine job and my personal opinion. I realised that many
journalists have failed, and still failing spectacularly, because they
could not distinguish between the business of journalism and their
personal sentiments. For example, journalists are seen and expected
to be the lamb of God who take away the sins of the world while all
other professions and careers are at liberty to do business with
everyone, including saints and sinners.

The fact that Thisday or
Punch newspapers report government activities daily or transact
business with different governments does not mean they can’t write
opinions and editorials against the same government they had promoted or
projected, if and when the government is misbehaving. It is the height of illiteracy, and hypocrisy, to treat the people you criticise as enemies and vice versa.

The very essence of freedom of speech and democracy is to speak to power as a corrective measure and not as vendetta. Thereafter, you must let the music play on.