“Your Noise Will Soon Fizzle Out” ; Saraki Replies Those Seeking His Impeachment 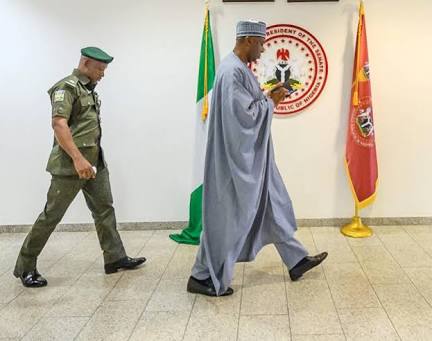 Senate President Bukola Saraki has expressed optimism the impeachment threats against him will fail.

He said he is not losing sleep over the threats, saying he would retain his seat as long as rule of law is followed.

He
also described insinuations that he defected to the Peoples Democratic
Party (PDP) because of his presidential ambition as “cheap blackmail”.

Saraki,
who was on a private visit to Delta State Governor Ifeanyi Okowa
yesterday in Asaba, Delta State capital, said he left the All
Progressives Congress (APC) because the ruling party had derailed from
the “democratic visions and ideas” espoused at its formation.

Saraki,
who had on his entourage Senators Peter Nwaboshi and Dino Melaye among
others, said he is not losing any sleep over the impeachment threats.

According
to him, when the National Assembly reconvenes and constitutional
processes are followed, the impeachment threats will “fizzle out”.

His words: “You can look at me. I am not losing any sleep about it. We believe democracy must go by the rule of law.

Woman Rescues Giant Turtle From Guys In Lagos, Returns It Back To The Sea (Photos)