The Leadership In Nigeria Today Has Lost Focus – IBB 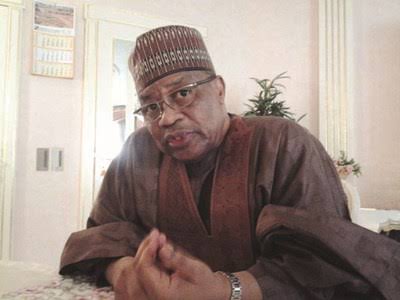 He made the remark when Sule Lamido, former governor of Jigawa State and
presidential aspirant under the Peoples Democratic Party (PDP), paid
him a courtesy visit as part of his ongoing consultations ahead of the
2019 general election.

Babangida said that with Lamido in the saddle, Nigeria will be great
again, adding that the former foreign affairs minister has his blessings
as far as the 2019 presidential contest is concerned.

The meeting, it was learnt, was part of Lamido’s consultative meeting
with former leaders, critical stakeholders, PDP NWC members, party
officials and elder statesmen concerning his 2019 presidential ambition.
The meeting with IBB was said to have been held at the Minna Hilltop
residence of the former leader.

In a statement issued by Lamido’s new media aide, Mansur Ahmed, he noted
that “the meeting, with the former military president centered on the
presidential ambition of Sule Lamido.

The meeting, which lasted for over an hour, was to pay homage to a man
Lamido described as ‘my leader’, to brief him about our nationwide
consultation, and to seek for his prayer, blessing, and advice and to
learn from his vast experiences as a former president of Nigeria.

The two leaders also discussed the imperative of working together to
ensure that Nigeria remains a safe, stable and united country that
deserved to be saved from the “amateurs” currently holding sway in the
country.