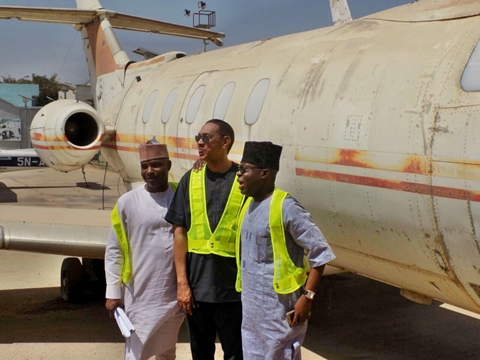 Nigerian businessman and senator, Ben Murray-Bruce, has taken to social
media to share pics of the airplane which late Igbo leader, Chukwuemeka
Odumegwu Ojukwu used to flee Nigeria to Ivory coast towards the end of
the civil war.

Ojukwu was a Nigerian military officer and
politician who served as the military governor of the Eastern Region of
Nigeria in 1966 and later became leader of the then Republic of Biafra. 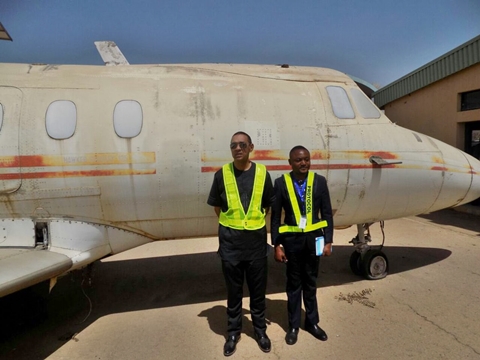 Ben Bruce who posted the photos, wrote; “This is the plane Ojukwu
left Nigeria with and fled to Ivory Coast after the civil war. Nigeria
should fix this plane & send to a museum.”