“I Washed Dead Bodies To Survive For 8 Years” – Gov Ajimobi 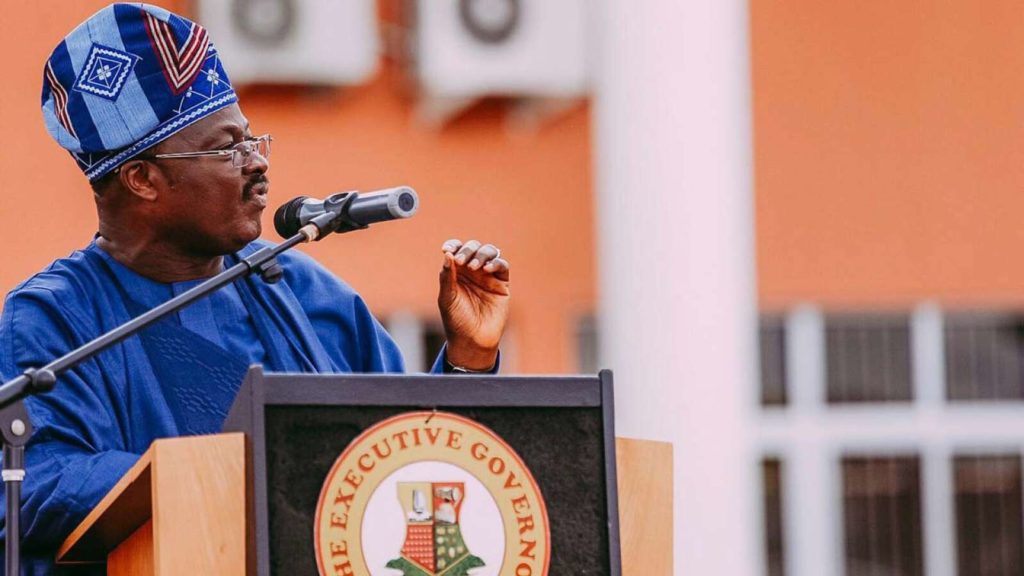 Governor Abiola Ajimobi of Oyo State has said that he washed dead bodies
as a youth to pay his tuition fees while schooling abroad.

The Governor, while urging the youth to have a positive mindset
towards hard work, revealed that he spent eight years abroad washing
dead bodies to survive.

Ajimobi said this yesterday at a South-West Youths Regional Summit in Osogbo.

He said his parents only sent him 30 dollars all through his stay abroad, adding that he had to look for a way to survive.

“I
left Nigeria in 1963 to study abroad, but throughout my stay there, I
was washing dead bodies to support myself to go to school.

“When ever I got home from work, I will be weeping, remembering the number of dead bodies I washed.

“My
boss at work then said I should not be afraid or fear, adding that such
feeling is normal for first comers. He encouraged me to always see
those dead bodies as iced fish.

“But against all odds, I survived and that is why I am urging youths to see hard work as the only way to success.

“I am saying this to challenge the youth of our next generation not to give up.”

See Robot Teaching Children At A Kindergarten School In China