2019: I’m Qualified, Not Desperate To Be President – Atiku 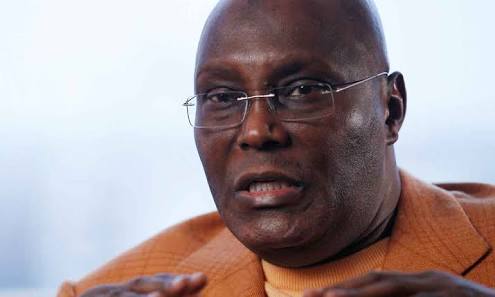 Former Vice-President, Atiku Abubakar, on Tuesday dismissed criticisms
that he was desperate to emerge as Nigeria’s next President in the 2019
presidential election.

Atiku said despite claims by his critics that he was bent on becoming
the nation’s leader, he was qualified to contest the presidential
election and had the right ideas to address the challenges affecting the
country.

The PDP presidential aspirant spoke during his visit to delegates of the
Edo State chapter of the PDP to solicit their support ahead of the
party’s primary in September.

Atiku said, “What do you expect my critics to say? And there is nothing
wrong with entering the race. I can run as many times as possible.

“I am fit and qualified. I still have ideas that I believe that are
going to put this country on the right path. So, what is wrong with
running?

The former vice-president lamented that Nigeria had suffered retrogression in the last three years.

While accusing the ruling APC of being responsible for the loss of nine
million jobs since 2015, he noted that the recipes for peace in the
country were equity and job creation.