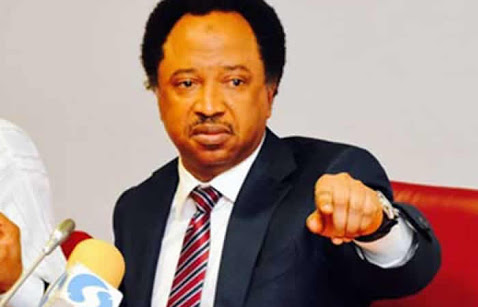 More reactions have continued to trail the plan by the federal
government to disburse the over $300 million fund repatriated from the
accounts of former Head of State, late General Sani Abacha in
Switzerland to poor Nigerians.

The National
Coordinator of the Open Government Partnership (OGP), Nigeria and
Special Assistant to the President on Justice Reforms, Juliet
Ibekaku-Nwagwu on Wednesday, June 20, 2018 disclosed the government’s
plan to share the funds to poor Nigerians.

Mrs Nwagwu said under
the MoU with Switzerland, the money would be paid directly into the
accounts of the poorest Nigerians through their various accounts for two
years.

The aide stated that this would be done through
identification numbers to be made available on the website being
developed by the National Social Investment office and the World Bank.

She
explained that the agencies working on the modalities would brief the
public on June 28, adding that the process for the payment will be
transparent for civil society and the media to monitor.

“The
poorest members of the community will be registered online, and before
you make any payment, they must have an ID number so that every payment
would be tracked.

“No amount will be paid out without a joint
signature between Nigeria and the World Bank and without identification
of individuals.

“If there is anything we have achieved, it’s
about getting Nigerian citizens to become conscious about what is
happening with their money,” she said.

This move has not gone down well with some Nigerians who protested against the plan.

Some
on social media have questioned how the government will identify poor
Nigerians accusing the government of using this as a way to re-loot the
funds.

They instead urged the government to divert the funds to develop power sector, fuel and solve other challenges in the country.

Among
them is Senator Shehu Sani who represents Kaduna Central at the Senate.
For him the disbursement will be impossible as it won’t get to the
poorest Nigerians.

Sani who made his opinion known in a tweet on
Saturday, suggested that the money should be used to finance a project
Nigerians will see with their physical eyes.

“It will end up with beneficiaries whose names will be given by Governors, Ministers, Lawmakers and the President’s men.

“Let it be tied to a project Nigerians can see with their ‘Korokoro eyes’,” Sani opined.

How To Fix An Oversalted Meal