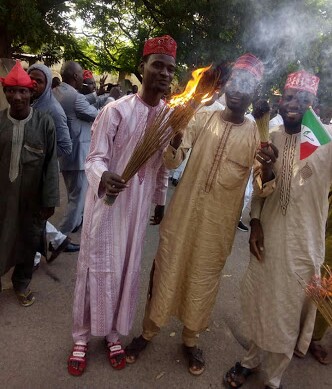 Few hours after former Kano State governor, Senator Rabiu Kwankwaso
defected from the ruling All Progressives Congress (APC) to the
opposition Peoples Democratic Party (PDP), his supporters gathered in
their numbers as they burnt brooms to show solidarity with the senator.


He is one of the most popular Northern politician. More pics… 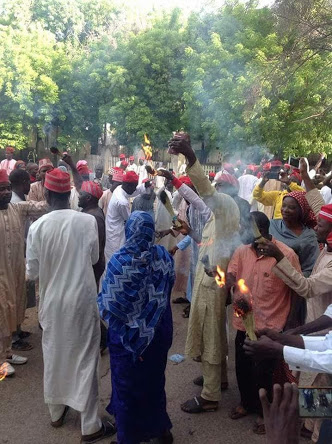 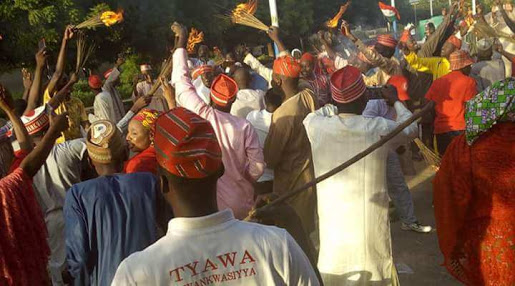 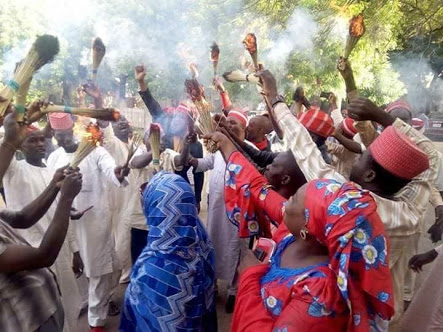 Recall that at the floor of the senate on Tuesday the president of the
Senate president Bukola Saraki read a letter from senators declaring
their defection from APC to PDP.