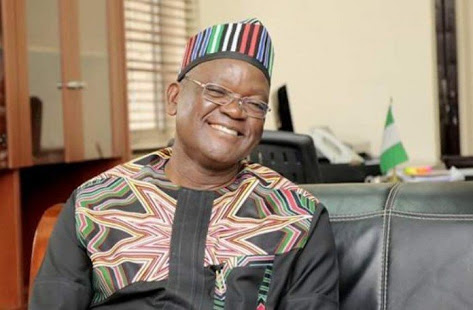 Benue State Governor, Samuel Ortom, has reacted to reports of the
impeachment notice served him by eight members of the State’s House of
Assembly on Monday.

Crisis in the State House of Assembly took a new turn on Monday as eight lawmakers served an impeachment notice on the governor.

The plot was coordinated by Terkimbi Ikyange who was removed as speaker of the Assembly last week.

Speaking
to Daily Post on the development through his Chief Press Secretary,
Terver Akase, Ortom said he was still the governor of the State, adding
that the lawmakers lack the constitutional powers to remove him from
office.

He said, “Ortom is still the Chief Executive of the
State. You can’t just impeach a Governor in a flash. You have to go
through all the legal and constitutional processes.

“They have
not been able to form a quorum, so it is not possible. Only eight people
served the governor the notice, even at that, 2 other members who were
part of the cangaroo sitting were on the side of the governor, so how
can anybody call that an impeachment notice. It’s laughable and must be
ignored completely.

“And for the record, there is a court
injunction restricting the impeached Speaker from parading himself as
the Speaker of the House and that court injunction has not been vacated.

“He has been suspended for 6 months, he doesn’t have any constitutional right to go back to that Assembly.

“He has done nothing to vacate that injunction so whatever he did stands null and void.”

Obasanjo Leading Choir At Cherubim & Seraphim In US (Photos)