FUNNY!! How APC’s Fayemi Out Spend Fayose’s PDP In Ekiti

by Tony Orji
in Lifestyle
Reading Time: 8 mins read
A A
0
Share on FacebookShare on TwitterShare on Whatsapp 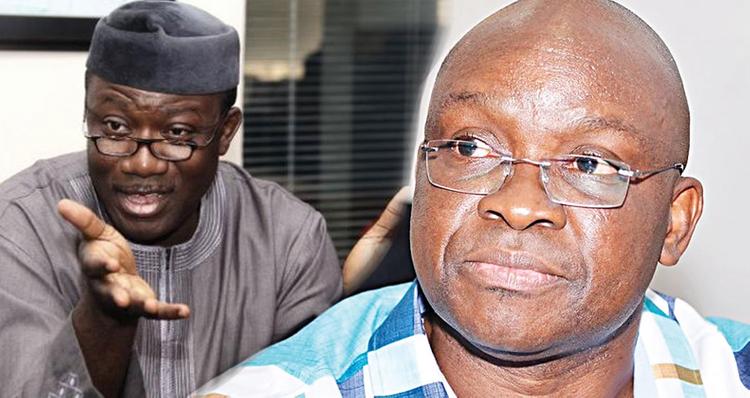 As written by Tunde Odesola;

Scene I
It’s the zero
hour. Nobody slept all night. Everything is set for the war. Commanders
are busy, surreptitiously dispatching orders and supplies to the
frontlines.

The night before the war is the most crucial night.
It’s the night before the dawn of victory or the groan of defeat. It’s
also the night treachery wears the cloak of loyalty, clinging tightly to
the battledress of the commander-in-chief, with eyes glazed on the
treasury chest. What a night!

Today, the sun, wary of the task ahead, stirred slowly in the East.
But it is screened off by the green canopies of the bended boughs of the
baobabs, mahoganies, irokos, palms and sycamores in the thick forests
of Ekiti. Hot and cold water cascade down the hills of Ikogosi. Even the
cock knows it’s not yet time to announce the break of a new day. The
wards are secretly awake, though the world is still asleep. Men are at
work as the clock tick-tocks.