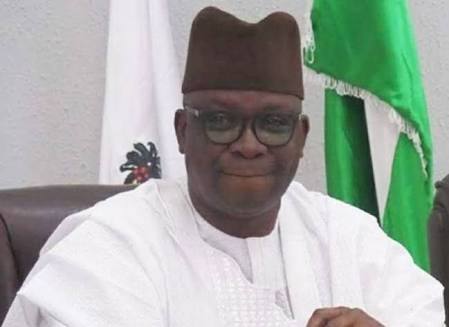 Ekiti State Governor, Ayodele Fayose, has told the governor-elect,
Kayode Fayemi that he remains the governor of the state until October
16, 2018, and he cannot be intimidated.

He was responding to Fayemi’s statement, warning
the management of College of Education, Ikere-Ekiti against alleged
recruitment.

Fayemi had asked the school authority to stop
conniving with Fayose to embark on illegal mass employment in exclusive
favour of the governor’s supporters.

In a statement by his media
aide, Wole Olujobi, he cautioned the management of the college to steer
clear of alleged contrived sabotage mission by Fayose to cripple the
incoming administration of the governor-elect.

But media aide to Fayose, Lere Olayinka, said the governor would carry out all the functions of his office until October 16.

He added that if there was the need to employ workers, he would do so legally and no one could prevent him from doing so.

He
said: “This is more so as the process of employing 2,000 workers had
commenced even before the July 14 election. Therefore, Fayemi and his
ignorant team should wait till October 16 before starting their usual
anti-people policies.”

The governor also asked Fayemi and his
men to rather concentrate on how to defend the false electoral victory
awarded them by the powers that be in Abuja, instead of his daily
display of idiocy.

Official Letter Of APC Senators Who Decamped To PDP